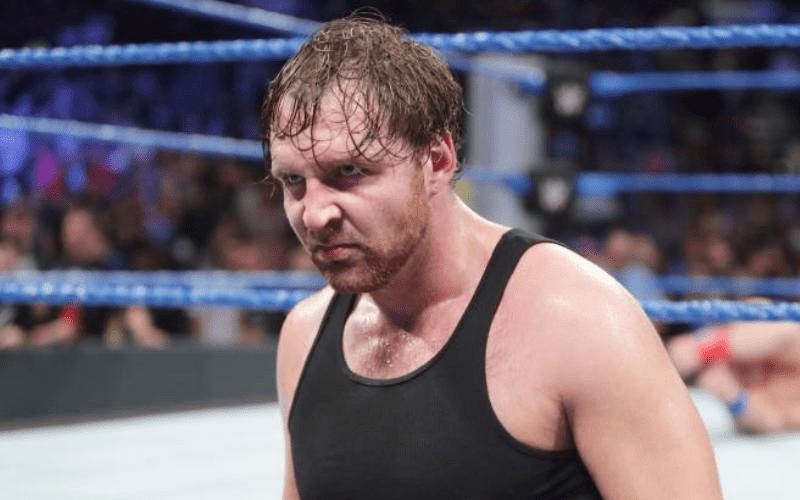 Dean Ambrose has been pulled from all his scheduled signings at WrestleMania AXXESS. WWE made the announcement today and mentioned that fans that have purchased VIP tickets to meet him will now be able to meet Sting & Ric Flair instead.

Ambrose was spotted in Birmingham, Alabama recently and the belief was he was there to get a check up on his recovery progress for his triceps tear after undergoing surgery last December. PWInsider indicated that it’s within the realm of possibility that something led to WWE pulling him from making his scheduled appearances.

WWE originally reported that Ambrose would be out of action for nine months after undergoing his surgery. April would put him at the four month mark into his progress.