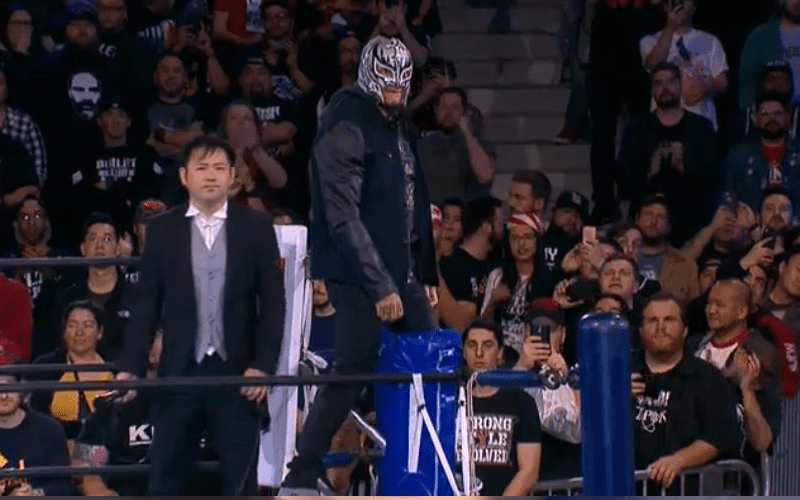 Rey Mysterio, who is rumored to be heading back to WWE, made an appearance at tonight’s New Japan Pro Wrestling Strong Style Revolved event in Long Beach.

Mysterio cut a promo and said that he would like to apologize to everyone face-to-face. He talked about suffering a torn bicep two weeks ago and announced that his match tonight isn’t going to happen but teased that it doesn’t mean it’s never going to happen. Mysterio says he has the utmost respect for Liger and says he will be back as soon as he’s ready.

Here are some photos from his appearance:

Respect to Rey Mysterio to personally show up and address why he can’t wrestle tonight. Class act. #NJPW #njSSE pic.twitter.com/oYLao8ibWq

Rey Mysterio shows up in Long Beach, is here to apologize to the fans pic.twitter.com/zz20EhAcBY