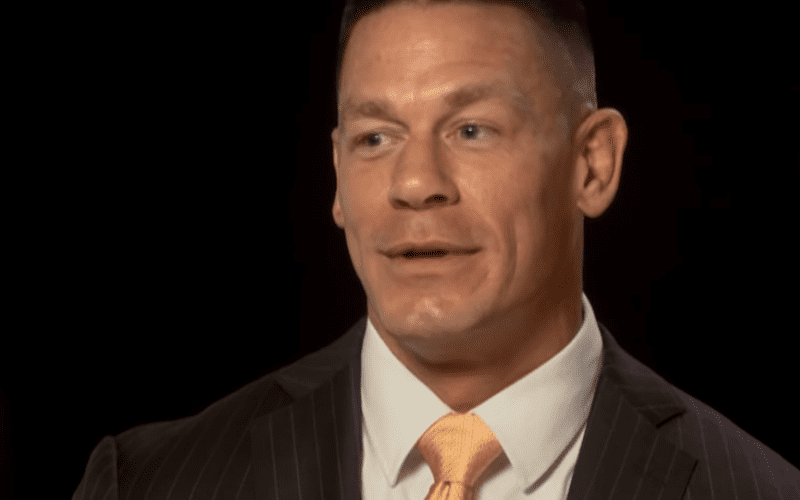 John Cena was recently interviewed by Entertainmentie where he promoted his upcoming film, “Blockers”. Cena also answered a number of questions related to the WWE.

Here’s what the 16-Time World Champion had to say about it:

I don’t know…I guess I am just a sucker for what we do. I mean you look at an individual like Brock and he’s really drawn to what the Octagon offers but I more like what we do. Because I am sitting here, talking with you about a story. We tell stories in the WWE and that’s what I like the most. So I can’t put myself in the shoes of like, “I would want to go do this in the Octagon”, I would want to do this, talk to you about another fun story

Cena was also asked about his thoughts on Conor McGregor possibly making a shift to the WWE. Cena said that the UFC Light Heavyweight Champion would do “fantastic” and that he’d put him “out of work”:

He would do fantastic. He would do absolutely fantastic. Hell he would put me out of work. He gets the entertainment aspect of sports and I think he gets it as good or better than anyone else. The way he promoted the fight against Mayweather, that’s what we do and he did it as good or better than us. So I hope one day, if you’re out there watching and you wanna come to the WWE, he would be a fantastic WWE Superstar. But then again that’s out of my hands.

You can watch the full interview here:

(Please H/T  Ringside News when using the above quote)

What do you think about Conor McGregor vs John Cena in the WWE? Tell us in the comments below…