X-Pac welcomes WrestleZone’s Nick Hausman to the show to discuss this past week’s wrestling news.

X-Pac comments on the news that WWE has cleared Daniel Bryan to return to in-ring action. Hausman mentions that after WWE put out that news on Tuesday, that’s all WrestleZone wrote about for the next several hours as plenty of reactions poured in from other people in the business. X-Pac says he’s really happy for Bryan, and he’s particularly happy that things worked out this way for Bryan so he wouldn’t have to leave WWE in order to do what makes him happy. 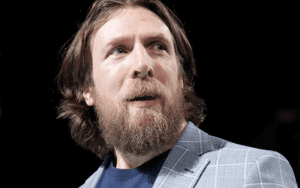 Hausman asks X-Pac if he knows what Triple H was thinking about Bryan’s situation over the last couple of years. X-Pac says he doesn’t really dig for information like that, even though he and Triple H are close friends. Nonetheless, he’s just thrilled for Bryan right now.

X-Pac points out that he had a great conversation with Shane McMahon when he was backstage at Smackdown a couple of weeks ago, and he notes that McMahon was in great shape. He’s sure that McMahon is gearing up for a WrestleMania match, and now it looks like we might be headed for a tag team match with McMahon and Bryan challenging Kevin Owens and Sami Zayn.