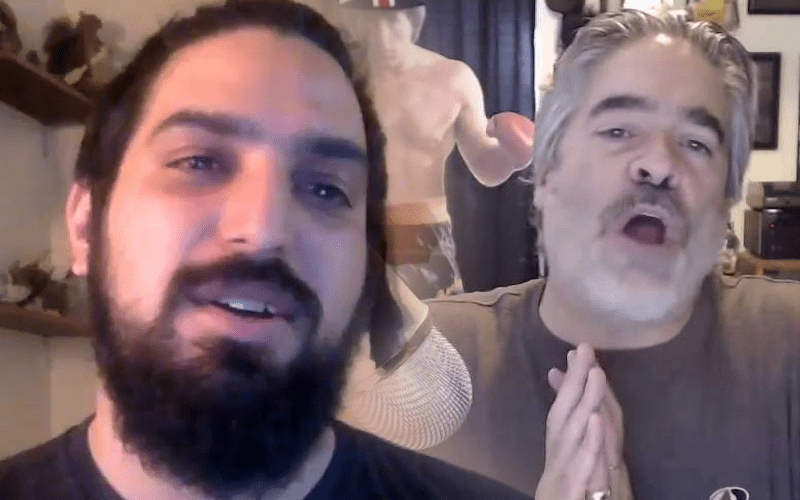 PodcastOne has severed ties with Vince Russo after allegations surfaced online that he made remarks towards wrestling journalist Ryan Satin’s girlfriend.

According to Satin, Russo’s remarks motivated his fanbase to send numerous inappropriate message and even death threats to Satin’s girlfriend. Satin claimed that he tried to talk to Russo in private but the latter refused to listen.

Here are some tweets that Satin put out about the situation, explaining his side of the story…

Russo also decided to share his side of the story…

I thank U for your love & support-Need 2 take some time due 2 some health concerns.-Unfortunately, at times, this stuff really affects me mentally, physically & emotionally & I just need 2 shut down.-I'm not bulletproof like Superman-even though at times I wish I was. God Bless

Once you allow those to silence you because you don't agree with their views-you have anarchy-Shame on @podcastOne for crumbling to those w/agendas, and great respect to @RELMNetwork for actually recognizing the facts-If you support me-please support them! https://t.co/qX4hfEM6HR pic.twitter.com/vx9Wyu64AF

Russo also released a YouTube video explaining the situation from his point of view:

After this video, Russo released an update video to explain what happened after PodcastOne cut ties with him. Russo said that he sent an email to PodcastOne which said that his lawyer was going to be involved in this situation.

However, after this, the owner of PodcastOne, Norm Pattiz, called Russo and said that there had been a “miscommunication” and that he could still be a part of their platform if he wants but Russo decided to decline this offer.

Here are some of the notes from the update video:

Here’s the video where he explains the entire ordeal:

UPDATE ON @PodcastOne Earlier today after I sent an e-mail to PC1 saying I was getting my lawyer involved, Norm Pattiz, owner of company, called to say there was a "miscommunication". He said I could stay on their platform if I so chose-I declined. https://t.co/nKTmpJCn9O