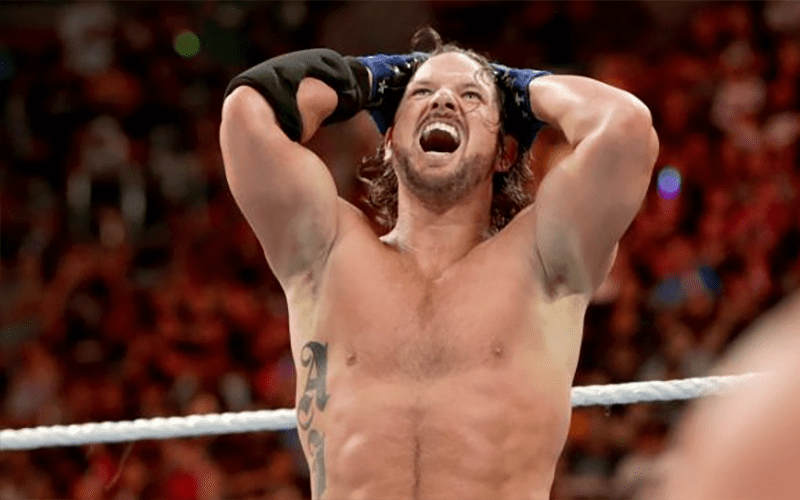 It was reported over the weekend that WWE did an injury spot with AJ Styles at Friday’s WWE Live Event at Madison Square Garden. At the time of press it was only being speculated that the injury spot was just part of the show but now it’s being said that Styles is legitimately hurt.

Dave Meltzer discussed the injury spot on today’s installment of Wrestling Observer Radio and mentioned that it was announced at the Odessa show on Saturday night by WWE that Styles suffered an injury at Madison Square Garden. Meltzer couldn’t elaborate much details regarding the injury but said he should have more information soon.

“So last night at Madison Square Garden it was supposed to be AJ Styles & Nakamura against Kevin Owens & Sami Zayn and it turned into a singles match with Nakamura and Kevin Owens and Sami Zayn interfered. AJ did make the save. They actually did an injury angle before the match but I didn’t know if that was. People said that they thought it was an injury. The injury was probably suffered before hand and this was an angle set up to cover for it and then tonight in Odessa, Styles wasn’t there and they actually announced before the show that Styles was injured in Madison Square Garden, so that’s all I really know now. Don’t know the severity. We will probably know more in the morning.”

We will keep you updated if we receive any other information on AJ Styles and his injury.