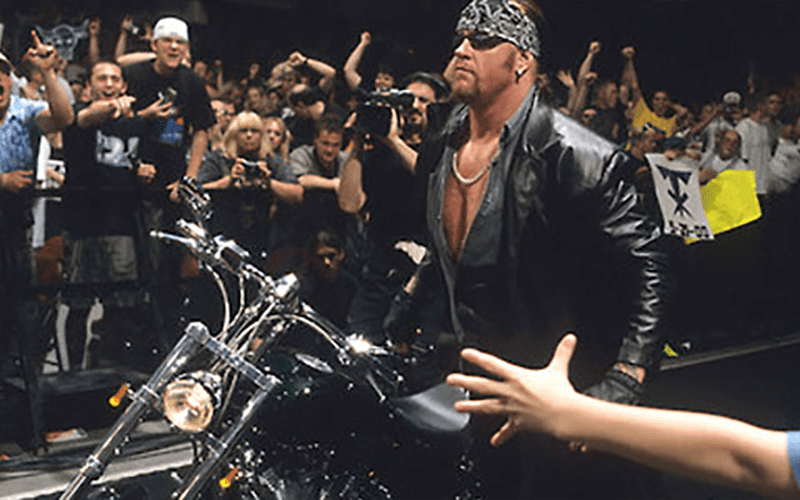 While discussing Kid Rock’s Hall of Fame video package that aired on RAW this week during the latest PWInsider Elite Audio, Mike Johnson speculated that the company could have Kid Rock perform The Undertaker’s theme music at this year’s WrestleMania.

“..they mentioned in the cornerstone of this that Kid Rock played the American Bad Ass music that The Undertaker would come out to during the Motorcycle Riding aspect of his career, which almost makes me wonder if Kid Rock would be playing The Undertaker to the ring at WrestleMania this year. We shall see.”

If this was to happen, one would assume that Undertaker would be returning to WWE under his Deadman Inc gimmick when he faces John Cena at WrestleMania this year. For right now, take this as pure speculation/an idea of what WWE could do to take full advantage of Kid Rock’s appearance. Nothing is confirmed as of this writing.