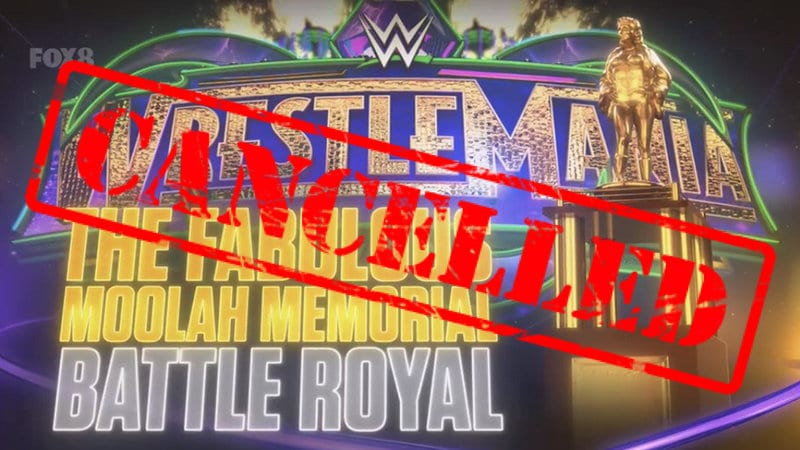 As previously reported, there was a lot of backlash among fans on social media after WWE announced on Monday night RAW that they would be having a Fabulous Moolah Battle Royal at this year’s WrestleMania event.

Well, it appears the backlash has gone one step further from Twitter posts and now fans have started a petition to have the match CANCELLED! You heard me, they want the entire match to not even take place on the biggest show of the year.

The Wrestling Outsiders created the petition on Monday after the announcement was made. The description is as followed:

So today WWE announced The Fabulous Moolah Battle Royal that will be taken place at the grandest stage of them all, WrestleMania 34. But the big problem with that is the person who is associated with that award was an evil woman who did nothing for Women’s Professional Wrestling. Fabulous Moolah pimped out women … we are currently in the #MeToo era, are you really trying to say that you endorsed her behaviour?

This isn’t right at all, if you want to have a Battle Royale, name it after someone worthy, like Miss Elizabeth, Chyna, Trish, Lita, Sensational Sheri, Jacqueline, Alundra Blaze…

We hope all Wrestling fans will take the time to support this petition because if you think this is right you are just as bad as them.

As of this writing 335 people have signed the petition. You can do so at this link.

What do you think? Should WWE cancel the entire match given the controversy surrounding Moohlah? Sound off in the comment section below…