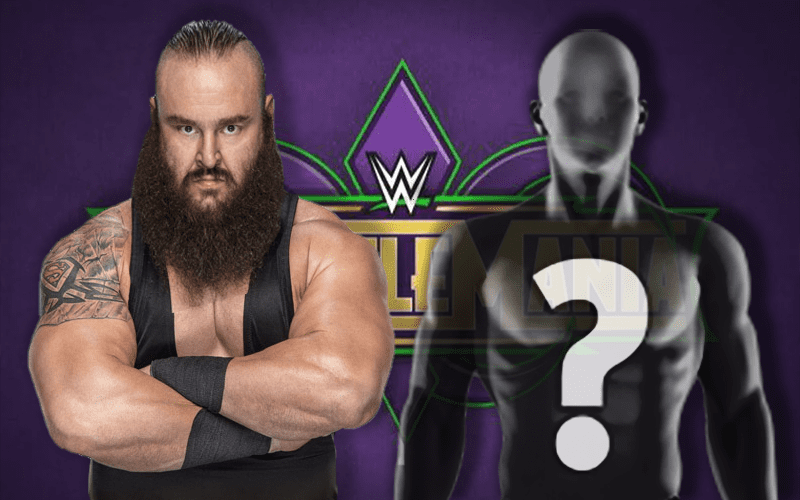 The card for Wrestlemania 34 is already looking good so far. There’s Roman Reigns v. Brock Lesnar. We might even get Shinsuke Nakamura v. AJ Styles. The card isn’t fully formed yet, but it does look enticing. There’s just one question, though: where will Braun Strowman be?

Since Wrestlemania only has around nine hours to kill, they can’t put everyone on the card. That’s why they book lots of multi-man matches. They need to save time for a Flo Rida concert and Triple H’s really long entrances. Sometimes, superstars get the shaft. It happens.

It looks like Braun Strowman is one of those superstars getting the short end of the stick. Where does he fit in come Wrestlemania? Right now, the Miz is set to defend his Intercontinental Championship in a triple threat against Seth Rollins and Finn Balor. While it wouldn’t be too hard to insert Strowman into the match, the question is, should he be in the match?

Right now, I would argue against it. Strowman has been in three different Universal Championship matches (four, if you count the five minute one against Kevin Owens). So far, he’s won exactly none of them. If WWE had him lose another title match, they’d risk making Strowman look like a doofus who never really wins when it matters. If he’s such a monster, why doesn’t he win?

Here’s another reason for not wanting the Monster Among Men to be in the triple threat. He just won’t fit in. Rollins, Miz, and Balor have the chance to put on a showstealing performance for the Intercontinental Championship. They had this exact match some time last year, so we know what they’re capable of. Strowman might make the match better, but he also might not.

Since Strowman wasn’t part of the original build for the match, they probably don’t plan on giving him the Intercontinental Championship, so maybe they should leave him out of this one. As weird as it is to see a main-event superstar like Braun Strowman in the Andre the Giant Memorial Battle Royal, the first one featured the likes of Sheamus, Alberto Del Rio, Dolph Ziggler, and Titus O’Neil. It’s not the weirdest thing ever. That said, this will be Strowman’s second straight Battle Royal. His only Wrestlemania match was the Battle Royal.

If WWE does decide to place him in the 57-man match, then they could at least let him win it. Heck, have him set some sort of record by eliminating the most people in one match. Just imagine Braun Strowman chucking 30 dudes over the top rope and winning that big trophy. Then maybe he eats the trophy or hits someone with it. Who knows.

The way I see it, there really aren’t too many options for the Monster Among Mountains of Men™ aside from the Battle Royal. He really should win it. By heating him up and then having him lose when it matters most, WWE could really damage Strowman’s reputation. Just let him win the whole darn thing.