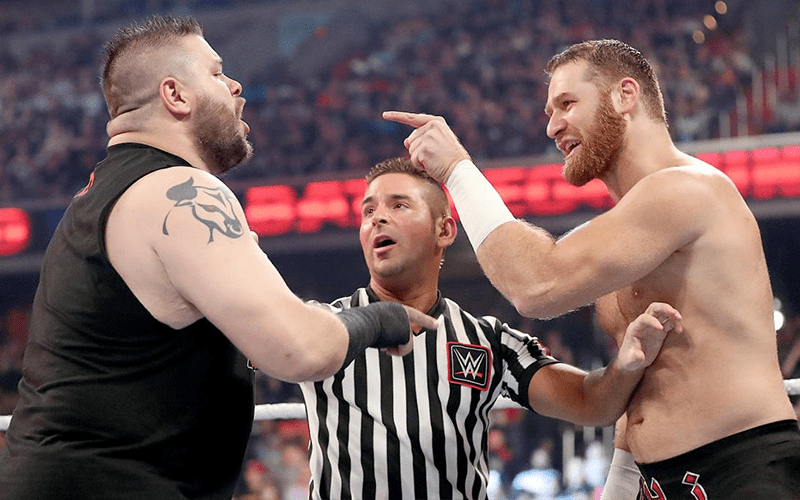 Dave Meltzer speculated on Wrestling Observer Live last month that Kevin Owens pairing with Sami Zayn on SmackDown Live television would ultimately lead to a match between the two at WrestleMania 34 this year.

“Kevin Owens/Sami Zayn thing made me think that they wrestling each other at WrestleMania. Obviously if they are going to do something they will do the big tease on March 11th. They aren’t going to be going at each other or splitting up before March 11th, I don’t think.”

In an update, that plan doesn’t appear to be in the books at all. Meltzer mentioned in the latest issue of The Wrestling Observer Newsletter that WWE is currently is planning on having Owens and Zayn featured in the Andre the Giant Memorable Battle Royal and there will be no one-on-one singles match between the two.