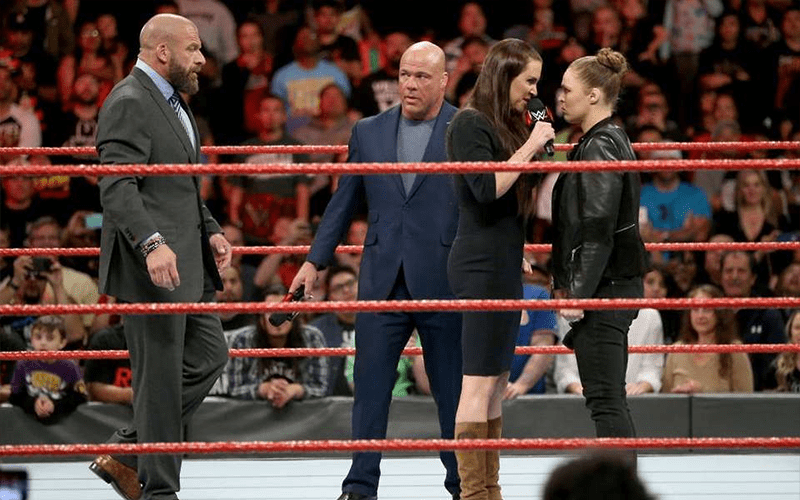 There was some speculation regarding Rousey’s husband Travis Browne being Ronda’s tag partner, making it a husband/wife storyline. WWE didn’t go with the idea because that would leave Triple H in the right with three other inexperienced wrestlers on the biggest show of the year.