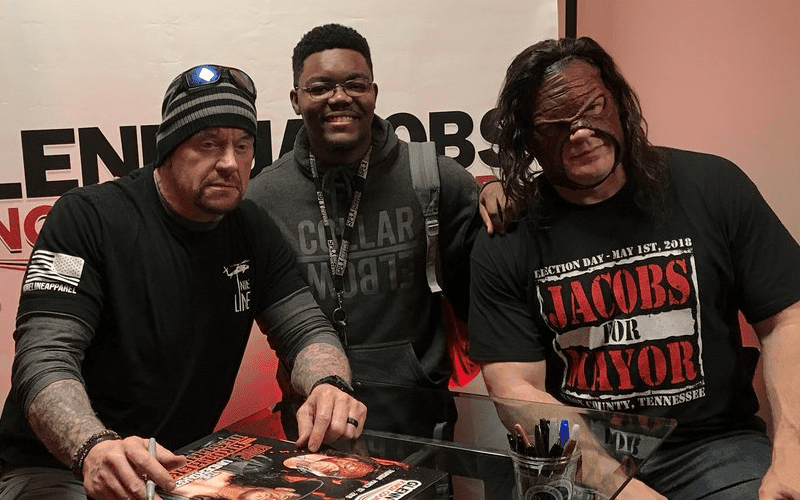 The Undertaker attended a rally for Glenn “Kane” Jacobs’ mayoral campaign in Knoxville, Tennessee on Thursday. The event was a fundraiser for Kane’s campaign to become mayor of the city, and marked the first time that Taker and Kane have ever appeared in public together outside of WWE.

Here are photos from the event:

Undertaker and masked Kane. Unfortunately they wouldn’t allow me to take a photo with my phone. Picture will hopefully be posted later when it gets uploaded to the net. #JacobsforMayor pic.twitter.com/a0C0FBKlXs

SAVAGE evening for #JacobsforMayor
Huge thanks to Mark Calloway, WWE’s Undertaker, for coming out to show his support for the next Mayor of Knox County! pic.twitter.com/GdQcjPRcMl

Wow! No big deal, but I just met The Undertaker & Kane! pic.twitter.com/xqS9Dylmqb