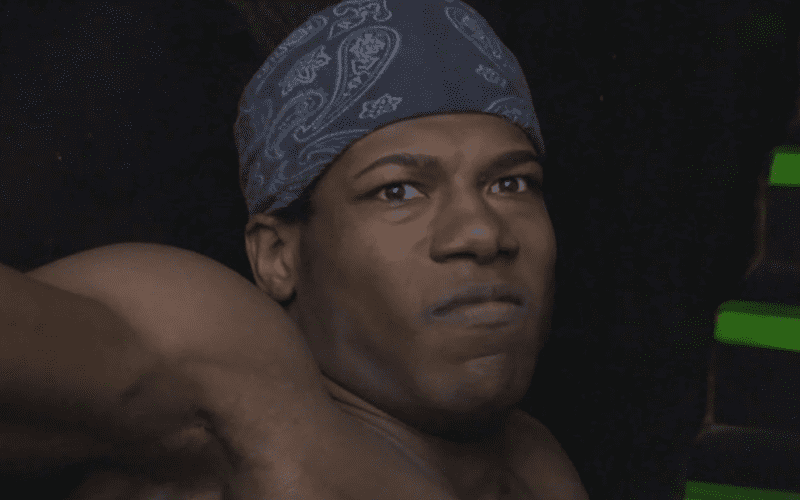 As previously reported, NXT Superstar The Velveteen Dream took to Twitter and called out indie wrestlers who come to NXT to “take up spots” while “pretending to be actual talent.”

In an update, WWE picked up on Dream’s tweet and tried to play it off as part of a storyline:

Over the last few years, WWE NXT has become a destination for independent talent looking to hone their craft — Kassius Ohno, Samoa Joe, Apollo and The Undisputed ERA are among those whose body of work led them to make the leap to Full Sail University. At least one “homegrown talent,” however, isn’t impressed with the influx.

Inarguably one of the Yellow Brand’s fastest-rising stars, The Velveteen Dream took to social media to say how he really feels about the “indy guys” who, in his mind, detract from the real Superstars that are worthy of the spotlight.

Dream, who loves to speak in riddles, did not, of course, name the competitor(s) who has so ruffled his boa feathers as to rile him up online. (Tyler Bate seems a solid bet, given their recent animosity.) But given the quality of Dream’s in-ring performances thus far, it’s fair to say that his words are as worthy of the NXT locker room’s attention as his actions.

Dream wasn’t happy about WWE’s attempt to cover up his grievances and posted the following on Twitter: