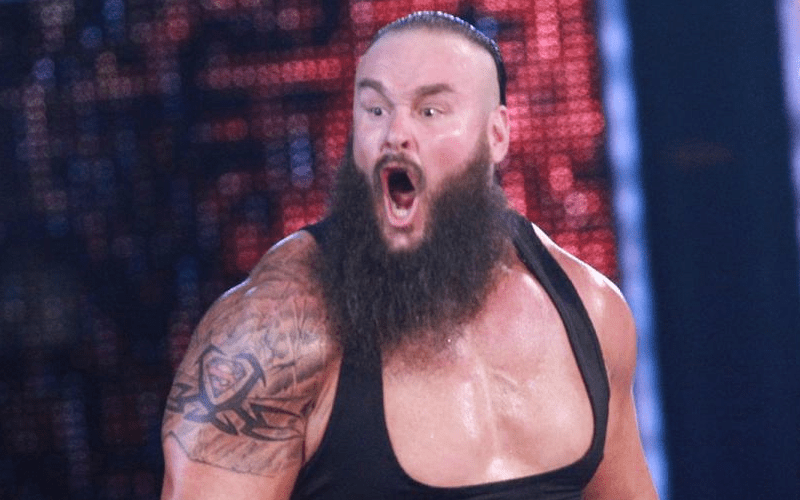 While speaking to Busted Open Radio, Braun Strowman revealed that he suffered an injury that almost ended his career. Strowman said that he ruptured a disc that had cut into the side nerve and it paralyzed his left leg.

“The one thing, if I could go back and do it all over, just at the beginning, being a little bit smarter with protecting myself and my brand, you know being a big man and not letting people talk me into dumb things that I shouldn’t be doing. Injuries happen, and one injury in particular was really close to ending my career, I ruptured a disc and it cut into my side nerve and it paralyzed my left leg.”

Strowman talked about how WWE took great care of him after he suffered the injury and recalled his leg being 100% paralyzed.

“The folks with WWE, they take such great care of us with injuries, and making sure we’re running at peak performance. I went to Pittsburgh with one of the head neurosurgeons in the country, and they got in there and I had to be pushed through the airport to the plane and into the hospital in a wheelchair. My leg was 100% paralyzed, I couldn’t use it. I went in and had surgery, and an hour and a half after I came out of anesthesia I got up and walked to my recovery room. The man upstairs has looked out for me throughout these times with stuff like that, and with veterans like Mark [Henry] and Big Show and the big men that have paved the road for where I’m going now. Taking me under their wing and teaching me a lot of the things to do, and the things not to do; I couldn’t have been put in a better position with everything. I’ve just… I feel like I’ve hit the wrestling lottery.”

You can listen to Strowman’s remarks embedded below: