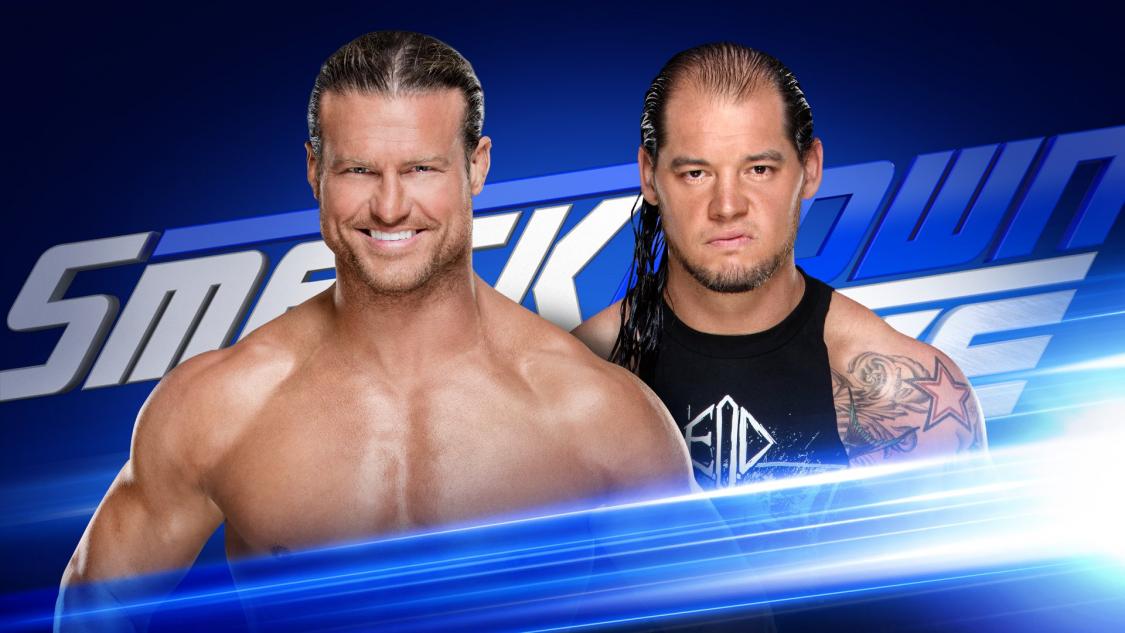 Tonight’s show opens with Dolph Ziggler vs. Baron Corbin but the match never takes place. Kevin Owens & Sami Zayn attack Corbin backstage before they came out and attacked Ziggler. Corbin comes out to try to retaliate but gets taken out.

Charlotte vs. Sarah Logan. Becky Lynch & Naomi come out to support Charlotte. Charlotte gets the win with a spiking natural selection.

Kevin Owens vs. Baron Corbin. Corbin gets the win over Owens and is now moving on to Fastlane as part of the WWE Title match.

Bobby Roode is out for his open challenge. Randy Orton answers it. Out comes Jinder Mahal. Mahal cuts a promo on Orton. Mahal ends up getting the best of both Roode and Orton. The match never happens.

The New Day is out with Shelton Benjamin and Chad Gable. They are doing a pancake segment before having a match.

Dolph Ziggler defeated Sami Zayn and is now added to the WWE Championship at Fastlane.