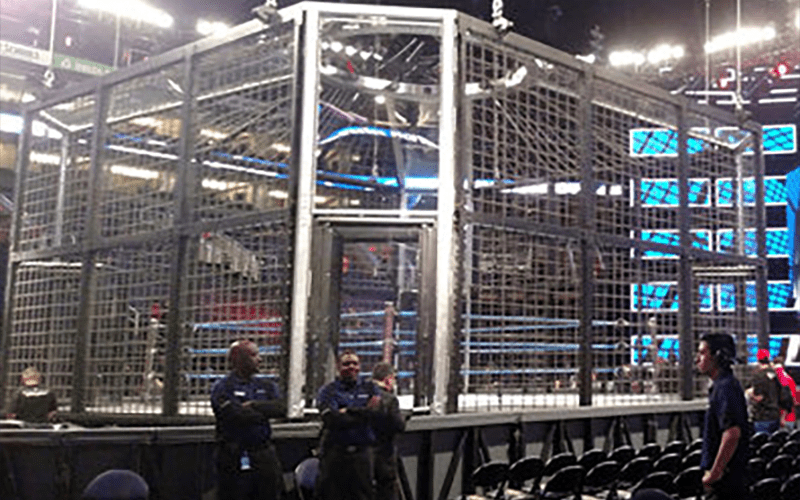 As seen on Facebook Live after RAW went off the air, Kurt Angle announced that Finn Balor & Seth Rollins would both be added in the upcoming Elimination Chamber match. Seven competitors are now set to compete inside the structure  for the opportunity to face Brock Lesnar for the WWE Universal Title at this year’s WrestleMania event.

Bryan Alvarez discussed the announcement on today’s installment of Wrestling Observer Live and revealed that the company does not have any plans to rebuild the structure to fit the seven competitors. In order to fit all seven competitors in the match, WWE will instead start the match with three competitors instead of two. The company figured it would be easier to just slightly modify the rules instead of having to spend the money to rebuild an entire new structure.