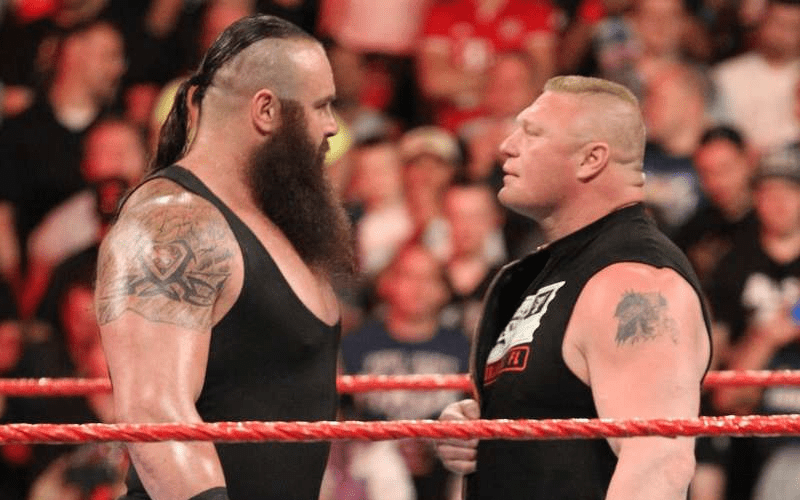 While speaking with The Daily Star Braun Strowman discussed working stiff with Brock Lesnar at last month’s Royal Rumble event and mentioned that it can get very physical when the two are in the same ring.

“Any time Brock and I are in the ring it’s very physical. You’re talking about two larger-than-life human beings who are fighting for dominance. Stuff happens. It’s a contact sport – it’s not tennis. We’re not going out there to slap a ball around, we’re going out there to beat each other up. That’s what we did.”

As previously reported, Brock threw some legit punches at Strowman during their Rumble match after Strowman connected with a stiff shot of his own. You can check out the clip below: