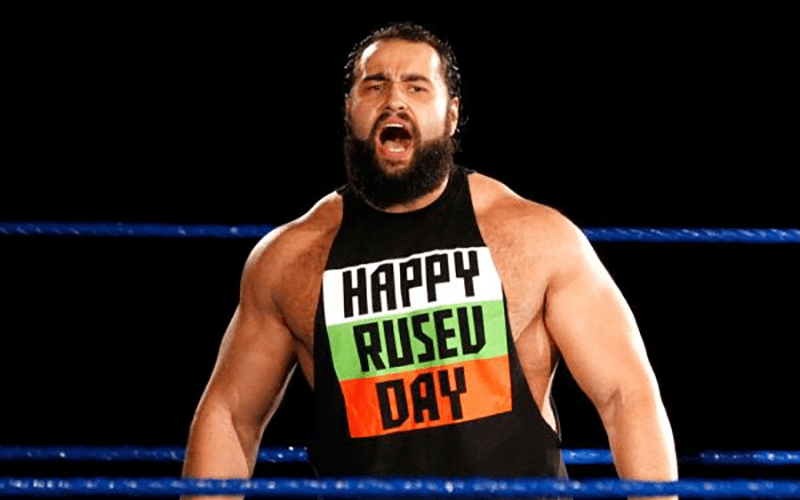 Rusev continues to be a top push merchandise pusher in WWE as both his t-shirt & calendar have become more popular amongst fans.

According to Fightful.com’s Sean Ross Sapp, WWE has ordered an additional 5,000 “Rusev Day” calendars after after the initial order of 2,500 sold quicker than expected.

It’s also worth mentioning that “Happy Rusev Day” t-shirts on WWEShop is the second best-selling item behind the “Rowdy! Ronda Rousey” t-shirt that she wore at the Royal Rumble pay-per-view.