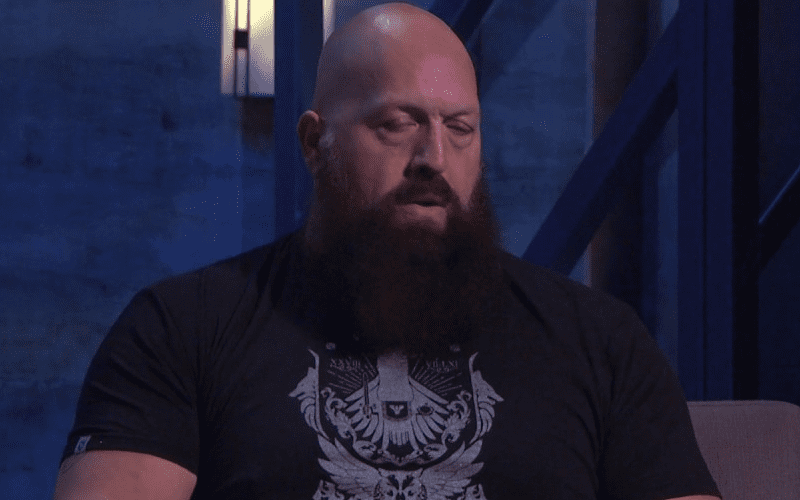 While appearing on Busted Open Radio this morning, The Big Show revealed that when he had hip surgery back in September he had complications and had to return to the hospital to have it corrected.

“I’ve been really quiet with what’s been going on with me. I’ve had a hip resurfacing surgery in September. The surgery went really well. I got home and after 3 and a half weeks I was walking a mile. Things started to feel good, then I got a fever. I found out I had a surgical infection.”

“The more I find out about these metal implants, it’s quite high to get an infection. I just got the unlucky draw. The hospital I had it done in New York is one of the top in the world for least amount of surgical infections. They had to open me up again, take it out, clean it, flush it, etc. If the infection had got any worse, they would have to cut the metal pieces out, put in what they call a cement joint for 3 months and then do a full on hip replacement, which would have ended my career. Instead, we got a very aggressive cleaning down here in Florida.”

Big Show then talked about having a PICC line installed and how he had to walk around carrying an IV bag around for 8 hours a day.

“I got a thing called a PICC line, which is basically an IV line from my left arm to my heart. For 7 weeks, I was walking around with an IV bag, 3 times a day, total of 8 hours a day. It was almost like having a small baby in the house because you only got 3-4 hours of sleep before you had to change the medicine. It was very stressful because I couldn’t go to the gym or do anything. I couldn’t get my blood pressure up, I couldn’t do anything physical. It was pretty difficult. We finally pulled the PICC line out on January 2nd.”

Big Show revealed that things will be touch and go for the next 6-8 months but he’s back at the gym now.

“Things right now are touch and go for another 6-8 months. The more I learned about infections, the more I learn that they are very aggressive and adapt to certain medicines. The main thing we tried to do was keep the infection off the metal plate. Once bacteria gets on that metal plate, you can’t get it off. We’ve done everything we could. I dropped 27 pounds since January 2ndf and I’m back in the gym feeling right.”

You can listen to the interview embedded below: