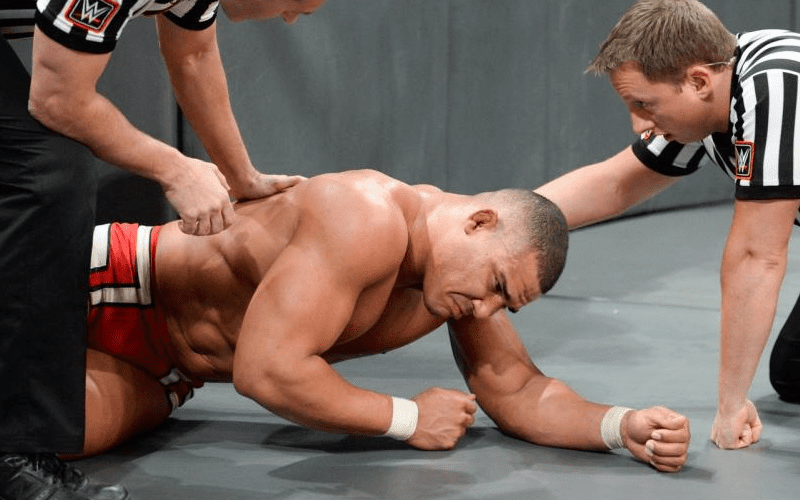 Dave Meltzer discussed Jason Jordan’s status on today’s installment of Wrestling Observer Radio and hinted that Jordan may not be a part of the upcoming Elimination Chamber match.

It was reported earlier this week that Jason Jordan, Roman Reigns and Seth Rollins were the remaining names to be in the match later this month. Meltzer said that Jordan’s neck is “in really bad shape,” indicating that plans could change for the match.

Meltzer described Jordan’s injury as being similar to Arn Anderson and Chris Benoit. Jordan is very much trying to do everything he can to avoid having surgery, as an injury of that caliber could sideline him between 12 and 14 months.

As this time it’s still unknown if he will need the surgery or not. If Jordan does need the surgery, there will be several key changes to WWE programming and also to WrestleMania as Jordan is slated to face Seth Rollins at the annual event.

We will keep you updated as we receive new information regarding his condition.