Taz thought last night’s show was very entertaining in the sense that there were several big, surprising returns. However, Taz would have changed the way WWE presented the entire running theme of the show, with RAW setting up security to prevent another Smackdown Live invasion. He would have preferred if Kurt Angle opened the show with an angry promo, issuing an open invitation to Smackdown Live.

He thought it was nice to see Stephanie McMahon back on WWE programming, and he thought she did a terrific job with her in-ring promo. He also liked that Kurt Angle snapped in the backstage area after Stephanie threatened his job in her promo. He believes that this is the side of Angle’s character that people love and he thinks we should see more of it.

Taz was very happy to see Samoa Joe make his return from injury last night as well. He thought Joe looked great and he had a good match with Apollo Crews. However, Taz thought Joe should have been brought back in a much more significant spot, with higher stakes involved. The way they did it last night was fine, but there just didn’t seem to be a lot of effort put into that creatively. 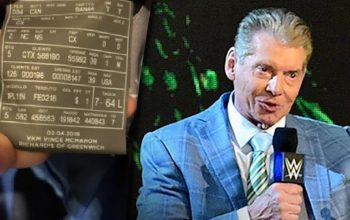