Russo says it’s great to hear that Ric Flair is recovering from his recent health scare. On Jerry Lawler’s recent podcast he mentioned that he spoke with Ricky Steamboat, who informed that Flair only had a 20% chance of surviving his initial surgery. Gilbertti says that Flair survived a plane crash, so it’s no surprise that this illness couldn’t kill him.

Robbie E. says that the goal in professional wrestling is to work with your opponent and it’s obvious that Sexy Star was working against her opponent in her recent match for Triple A. This type of thing should never happen in a professional environment in his opinion. Gilbertti says that this would have never happened in a bra and panties match.

Russo feels that even though Star made a terrible decision that night, he thinks it’s silly to over-react by demanding that she be black-balled from the business. She’s been a professional wrestler for many years and this is the first time she’s done something like this. She made a mistake in the moment, and Russo believes she deserves another chance. 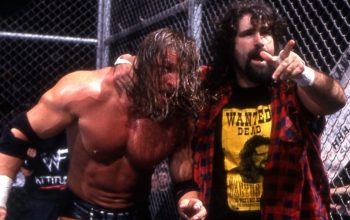