Russo says that he didn’t watch the Mayweather/McGregor match over the weekend because there’s no way he was going to spend $100 on a boxing PPV. What he doesn’t understand about the outcome is that a lot of people were predicting this exact thing to happen. He points out that all the parties involved would benefit from rigging this fight and he doesn’t rule out the thought that this might have been a work.

Vito disagrees and says these guys were trying to hurt each other in the ring. This was a legitimate boxing match that turned out better than most people anticipated. He gives credit to McGregor who transitioned into an entirely new sport in order to make this fight happen.

Russo talks about the recent backstage heat on Superstars such as Enzo Amore and Baron Corbin. What he can’t understand about both of these situations is the fact that WWE is punishing them weekly on WWE programming, which in turn hurts their own product and potentially costs them ratings and money. He thinks it would make a lot more sense if WWE would simply fine these guys or deal with the issue internally backstage, instead of intentionally hurting their characters on screen. 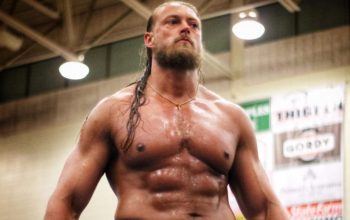