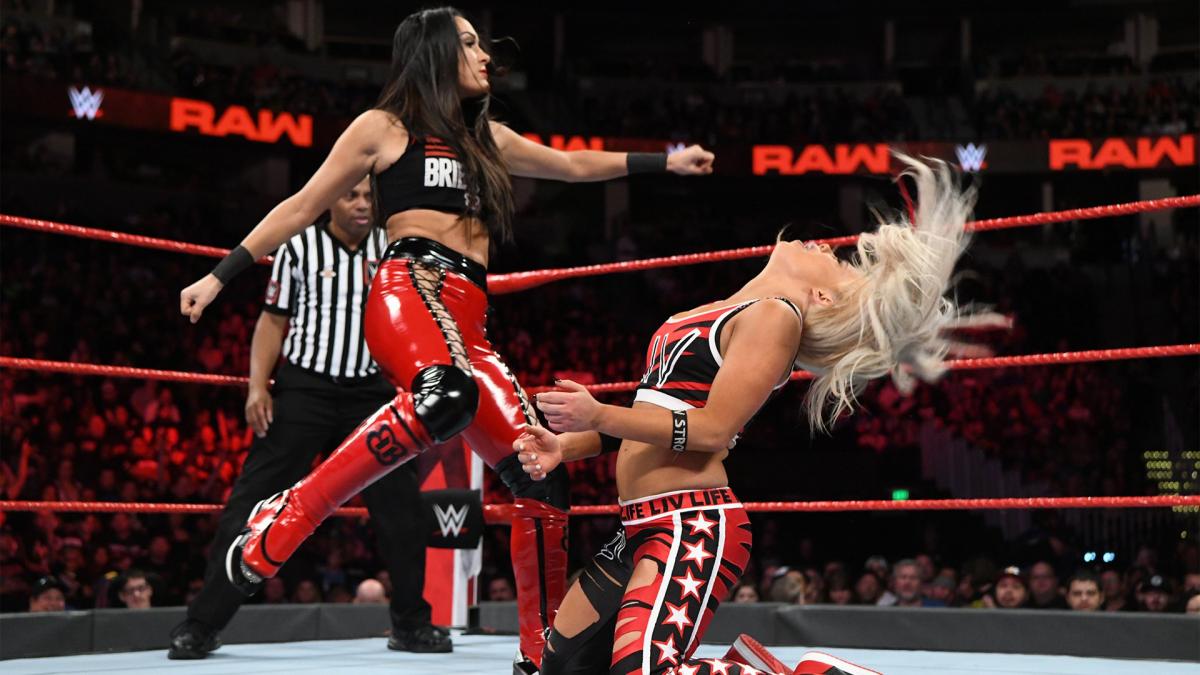 Liv Morgan has a concussion thanks to taking 2 misplaced Yes Kicks from Brie Bella. But as more time has created distance between the event, we’re getting a much clearer picture of the chaos that went on around the situation.

On the F4 Daily audio update, Bryan Alvarez discussed WWE’s side of the story after Lance Storm pontificated on the subject of Liv Morgan’s injury for a bit.

“Here’s the WWE side of the story, so they’re in the ring and Brie starts firing kicks. She hits 1,2,3,4,5,6 kicks. Get the Yes Chants going. Looking at the corner while she’s throwing kicks.which is problem number 1 that’s how this whole thing started.”

“So she’s gotta be paying attention to her, that’s number 1. So she’s looking at the corner, she throw a kick it hits Liv and the belief is she got knocked out on that first kick. She starts to fall forward and gets hit a second time. Which by the way is exceedingly dangerous to get hit a second time after that first time.”

“She goes down now god bless the guy. I don’t want the guy to be fired. But I do and this goes for every referee that works for WWE. The story is the ref had no clue that Liv Morgan was unconscious.”

This would explain why he allowed Morgan to jump back in later on and take part in a multi-woman suplex spot. But it was also noted that Brie Bella obviously knew Liv Morgan was out cold because she can be heard telling the other girls in the match that “she’s out.”

Apparently, they asked from the back what was going on and the referee got that message so they took Liv out of the match. This is when Dr. Amann came to assist Morgan. The ref also apparently missed a pinfall attempt because he was watching what was happening to Morgan.

The referee apparently told Morgan to “get down” from the apron but nobody stopped her. This is when the suplex spot happened and she “rocked herself again.” After 3 concussive blows to her head, Morgan was finally out of the match even though she wasn’t actually taken to the back.