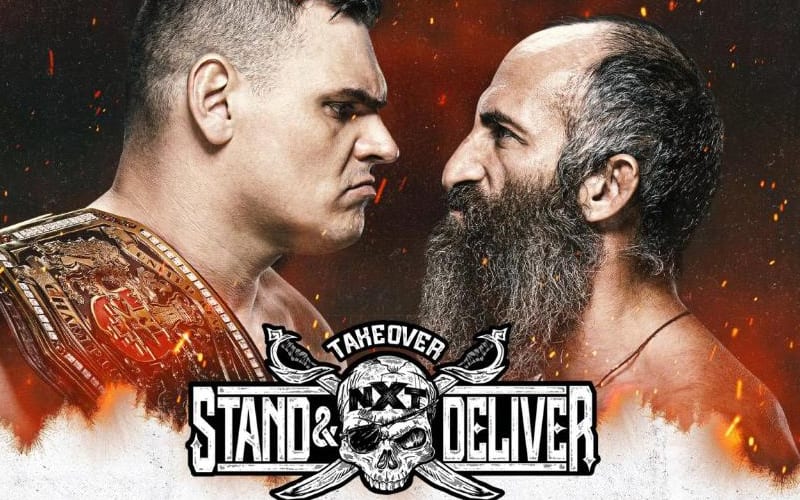 WWE is bringing the biggest TakeOver event for fans in the history of the black and gold brand. Night one of NXT TakeOver: Stand & Deliver is going down tonight. They have quite a large show booked for fans.

NXT TakeOver: Stand & Deliver will air on the USA Network and Peacock. The kickoff show starts at 7:00 PM EST and they have announced Zoey Stark vs Toni Storm will take place during that pre-show.

The night will be capped off with Io Shirai defending the NXT Women’s Title against Raquel Gonzalez. We’ll have to see if Gonzalez can capture that title she seems destined to hold.

Another can’t miss match on tonight’s show Tommaso Ciampa vs WALTER for the NXT UK Title. This will be quite a night including a tag team match to determine new champions with MSK vs Grizzled Young Veterans vs Legado De Fantasma.

You can check out the complete for night one below.