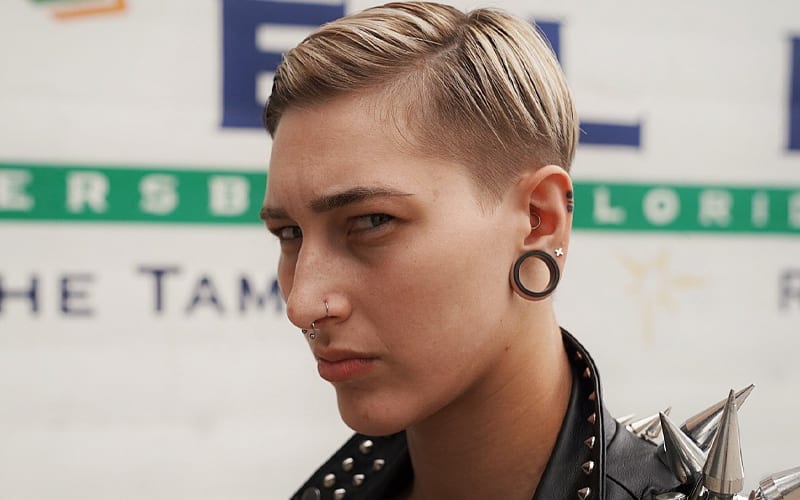 Rhea Ripley finally made her way up to the WWE main roster after many occasions when it looked like she was getting her call-up from NXT. This was followed by many weeks sitting backstage without anything to do.

The Nightmare is now on RAW, and set for a big Women’s Title match at WrestleMania. The New York Post recently chatted with Rhea Ripley where she discussed those weeks where she sat in catering waiting for her time to come.

“So, it’s actually kind of funny. My last few weeks have actually just been in catering. I’ve just been going to the Raw shows and I’ve just been chilling in catering, not really knowing what was really going on with me or what they had planned. I just was eating too much (laughs) and that’s pretty much how it went for like weeks and then last week I found out, I want to say around 4 p.m., what was going on. Man, it was a shock to me as much as it is to everyone else. I was super surprised, super excited.”

Ripley defended the NXT Women’s Title against Charlotte Flair in a losing effort at last year’s show of shows. That was followed by another stint in NXT where she found herself spinning her wheels for a bit.

Rhea Ripley finally has her spotlight in WWE and she’s making the most of it. She had to be very patient, but she will get her second WrestleMania appearance in two weeks.