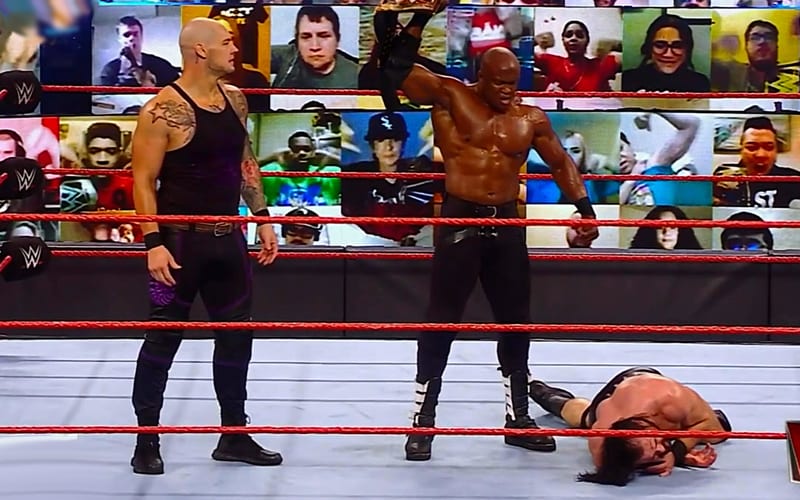 You never know what can happen on the road to WrestleMania and they pulled a big swerve on fans this week during Raw.

Bobby Lashley had a bounty on Drew McIntyre. He proposed that anyone who can take out McIntyre before WrestleMania will get his WWE Title shot. McIntyre showed up in the ThunderDome looking for a fight this week.

McIntyre took on Ricochet later on in the night which was followed by Mustafa Ali jumping him. Then McIntyre defeated Mustafa Ali before he called out Bobby Lashley.

Suddenly, King Corbin jumped McIntyre and beat him down. He nailed a Deep 6 on Drew and it appeared that he took him out. Lashley then applied the Hurt Lock on three occasions. We’ll have to see what happens next in this situation. Corbin is a SmackDown Superstar so this could get interesting.