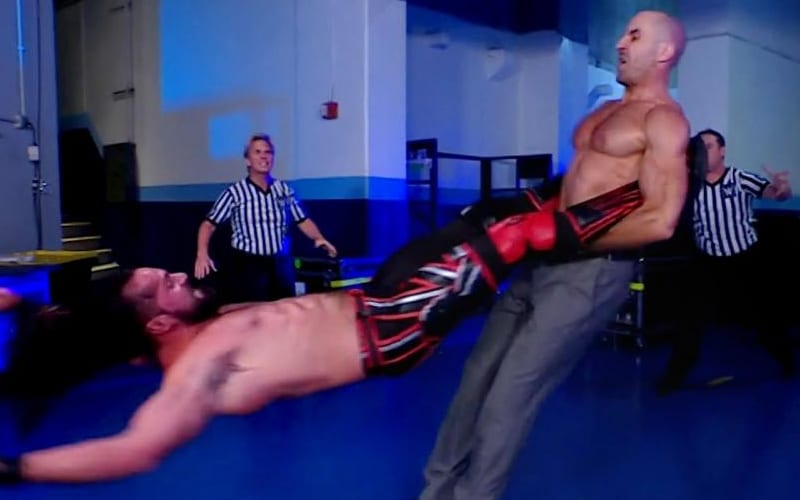 Seth Rollins and Cesaro are set to battle at WrestleMania. The Messiah isn’t very happy about how things have turned out for him in his feud so far.

Rollins promised that he will never be swung by Cesaro again. This was followed by Cesaro jumping him and then he started swinging away with Rollins. That moment was captured as an animated gif and Rollins is enraged about it.

He took to Twitter today and raged in a few tweets about that animated gif.

THAT gif needs to be PERMANENTLY DELETED and BANNED from social media!!! #ENDSETHSHAMING

DON’T PLAY DUMB! You all know which GIF I’m referring to! TAKE IT DOWN!

THAT MOVE IS A DISGRACE TO THE BUSINESS! #ENDSETHSHAMING

If anything, Rollins making such a big deal about that animated gif is only going to draw more attention to his WrestleMania feud. We’ll have to see how things turn out for Rollins at Mania, but he’s remaining a heel for now.