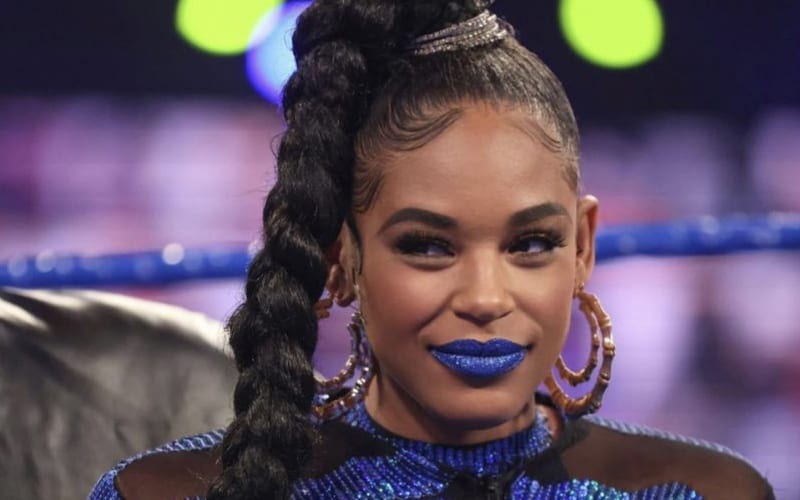 Bianca Belair won the 2021 Women’s Royal Rumble match, and that was the culmination of a lot of blood, sweat and tears. She’s not done working hard yet as she continues to prove herself.

During Talking Smack, The EST of WWE addressed how Sasha Banks calls her a “rookie.” Belair said that she has to continually prove herself every time she steps in the ropes. That is not a trend she plans on breaking.

“I feel like I always have to prove myself every single time I step out. Everybody treats me like I’m the underdog [by saying], ‘Oh, she’s improving. She is the future.’ But guess what? The future is now, and I proved that by winning the Women’s Royal Rumble match,” she stated sternly. “And I think Sasha Banks knows that. That’s why she’s smacking me and coming in and getting me from behind and trying to stop me every second of the way.

“I’m the new kid on the block, but I’m tired of proving myself. I’ve already proved that. So, let’s get to WrestleMania. Let’s see what happens.”

Bianca Belair seemingly has a very bright future in WWE. She is set up for a WrestleMania dream match and things are really heating up with The Boss. We’ll have to see if Belair can capture that opportunity and walk out of Raymond James Stadium as SmackDown Women’s Champion.