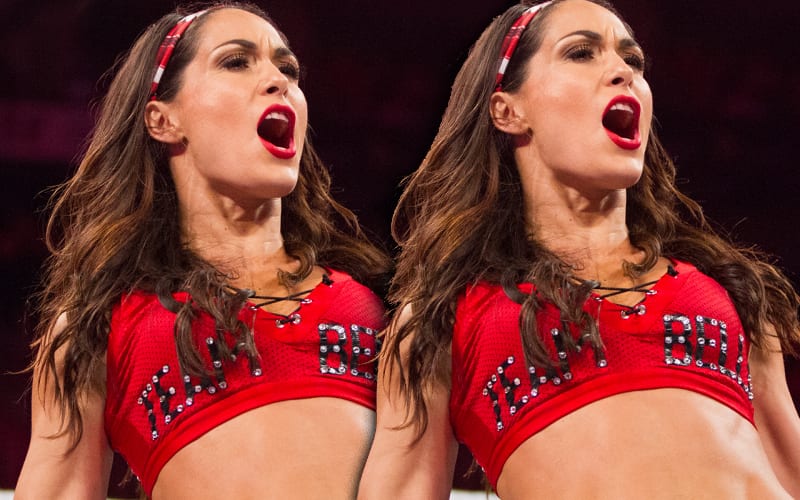 WWE is inducting the Bella Twins into the Hall of Fame this year. They are excited to be at the ceremony, and they also shared the #26 entry in WWE’s top females list. The company had an interesting way to promote that.

Redditor PixieCrimson posted a very hilarious botch that the WWE Network made when promoting The Bella Twins on the top women of WWE list that is currently counting down to #1 on Peacock.

It was pretty apparent that Brie Bella appeared in the photo twice. This botch was corrected as the tweet was taken down, but it is still very interesting that they even had that photo laying around.

The Bella Twins are actual twin sisters, but there is certainly a difference between the two of them. You can see the image below to see the botched tweet.