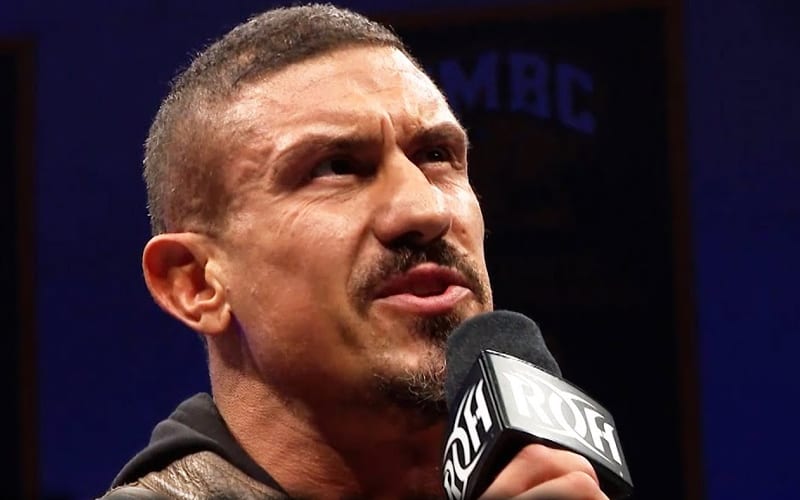 EC3 is in ROH now and he’s excited to find out if honor is real. He signed a deal with the company and is set for their 19th Anniversary show against Jay Briscoe. When it comes to cutting a promo, EC3 knows how to handle himself and they have expertly hyped this match.

While speaking to Wrestling Observer Live, EC3 was asked about his ROH promo. He revealed that most of the time he receives praise, but there are also times when they ask him to talk about the show he’s on and not just himself.

“Recently there were times where ‘we’re going to turn it on’ and they turn it on, and we do [a promo], and I’m always super critical and speculative of what I’m doing and I hate the sound of my own voice even though it is luxurious and wonderful. Each and every time they said, ‘wow that’s F’n great. I wish other talent could learn to weave a story to accomplish this business in words like that.’ I’m like, ‘well, there’s only one me. I’m the essential character, and I’m the best.'”

“In other times there are key points you need to hit. Other times there are times like, ‘loved it, but could you make sure you talk about the show you’re on instead of just yourself?’ — I’m like, ‘Yeah, yeah you’re right, let’s do it again.’ For the most part I’m able to handle business.”

When it came to social media, EC3 plugged his accounts in a very interesting way as well as he said, “Instagram, which I think I’m shadow banned on, Facebook, which I have a terrible presence on, and Twitter which I hate because it’s a cesspool.”

EC3 has strong opinions and he’s not afraid to control his own narrative now, but he did have to admit that some people don’t need the same freedom he enjoys. Some do need to be reined in a bit, but he’s doing just fine on his own.