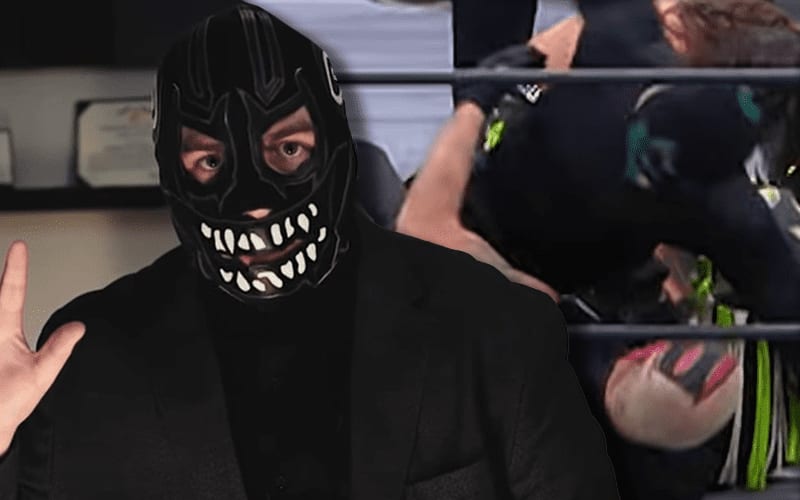 AEW took a lot of criticism when one member of the Dark Order’s creepers couldn’t throw a punch on Dustin Rhodes. Those blatant misses were zoomed in and focused on throughout the entire pro wrestling community. Now we know the true story.

AEW Unrestricted recently had Evil Uno and Stu Grayson on the show. Stu Grayson revealed what happened on the day before that incident took place. Extras were called in to make sure they knew how to create Evil Uno’s human throne. They were also told that if they don’t know how to punch or kick someone in a pro wrestling ring, then they shouldn’t do it. Obviously, that one creeper didn’t listen.

“So we had our December beating at the very very end of the year, which was universally hated. That’s the one [with all the punching].”

“Those were just random extras we had on the show. That day there were so many bodies, and every time we have extras, we would take the time to teach them the throne he (Uno) would sit on. And if you can’t do this, don’t do it. You can’t just stand there or choke someone with your foot. You don’t have to throw punches. If there’s something you can’t do, don’t, and then this whole segment was a catastrophe from beginning to end.

That December 2019 brawl sticks in the minds of many fans who love to remember the low points of AEW Dynamite. It certainly gave plenty of fans fodder to continue making fun of AEW as they created momentum for themselves. Thankfully, the Dark Order was able to get passed that situation and carry on in a new direction as Mr. Brodie Lee was eventually introduced as the Exalted One.