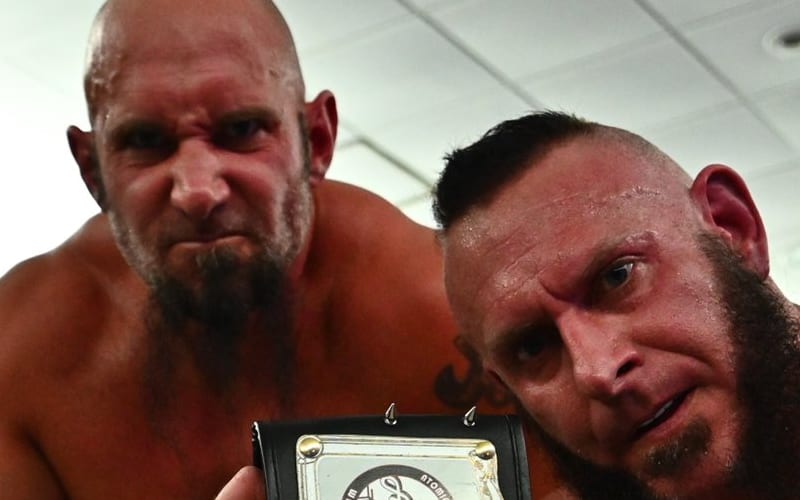 The Ascension were released from WWE, but they are far from finished as a team. The two are hitting the indies and they recently picked up a title.

Big Kon and Vik are now Atomic Wrestling Tag Team Champions. Vik was proud to post a photo of the two along with a warning that they’re only getting started.

We’ll have to see what the Awakening can do next. There are many places for a tag team with their experience, and it’s honestly surprising that they haven’t appeared for AEW yet. Stay tuned, because those two didn’t let their WWE releases stop them.