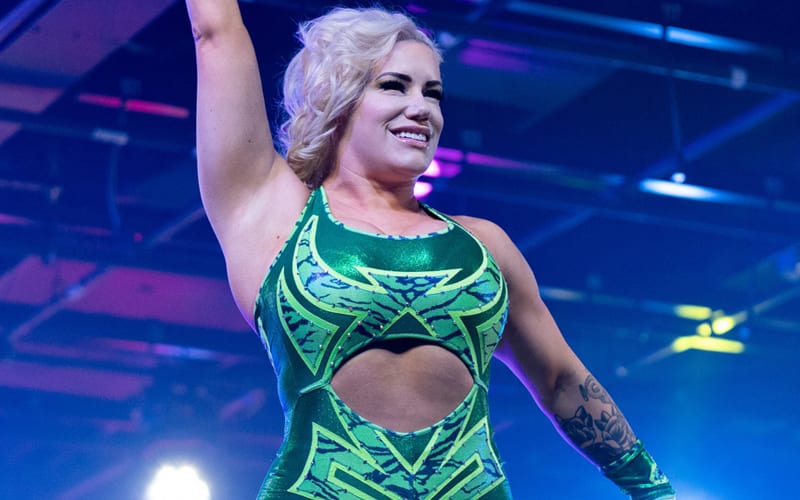 WWE brought Taya Valkyrie into the company as part of their last class of Performance Center recruits. She has yet to make her debut on NXT yet, but she is slated to appear on her first official WWE show today.

To prepare for Fastlane, Valkyrie will be a guest on an episode of La Previa on the WWE Network at 2 PM ET. Other guests include Angel Garza, Rhea Ripley, and Sheamus.

Taya is a former Impact Wrestling Knockouts Champion. It’s unclear how WWE will use her, but she has a ton of ability and veteran knowledge. She is also married to WWE Superstar John Morrison.

WWE might be saving Taya Valkyrie’s big on-screen debut for a special moment, but fans will get to see her early if they tune in to watch this show.