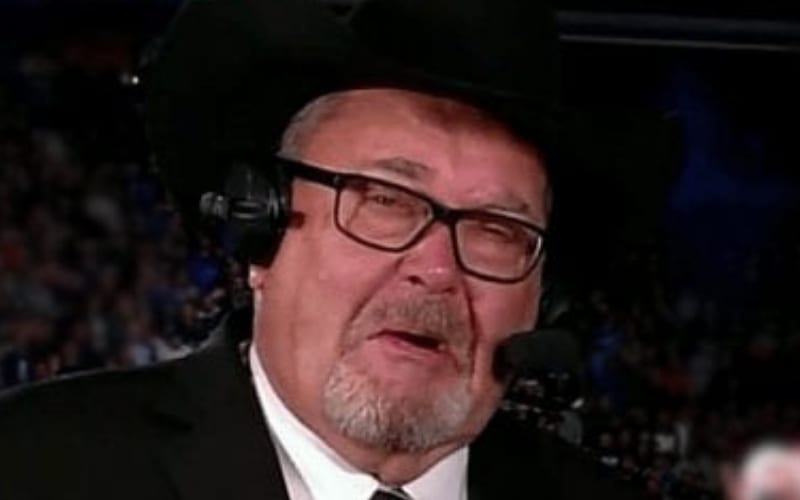 One of the most widely-discussed topics in pro wrestling currently is about WWE banning Superstars from performing leg slaps while trying to perform a superkick.

While speaking on Grilling JR: Ask JR Anything, WWE Hall Of Famer Jim Ross was asked about his views on the current ban of leg/thigh slaps. Ross, who has always been vocal about his dislike for leg slaps, stated that his past comments had been misinterpreted.

Ross stated that he likes a well-done leg slap but admitted that he didn’t like hearing them constantly during a two-hour show.

Ross then elaborated on why he dislikes leg slapping, stating that most wrestlers keep their too far away from their bodies while executing a leg slap, which makes it too obvious.

“And here is the main bi*** I have about it, it’s that, instead of taking your hand and starting closer to your body, some of our talents, and in the business worldwide, they reach way out here. So you see their hand way the hell out here separated from the body, and then they can slap. That’s my problem. You are being too, as a talent; you are being too obvious. It’s an exposé. So instead of doing a little sleight of hand.”

It is unlikely pro wrestlers will ever stop using leg slapping while performing superkicks from what it looks like.