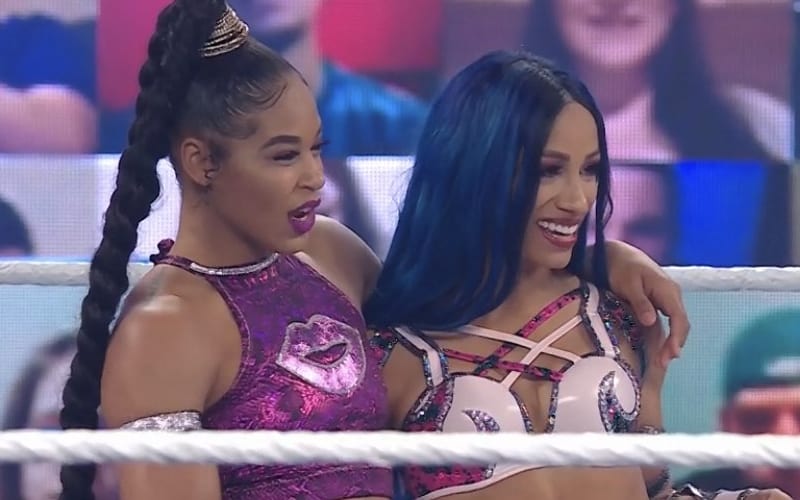 Bianca Belair is scheduled to challenge Sasha Banks for the Smackdown Women’s Championship at WrestleMania 37.

Ahead of that, the two have been teaming up for the past few weeks. They are scheduled to team up for a Women’s Tag Team Title match at WWE Fastlane.

Graves mentioned that he isn’t a fan of the current tag team storyline. He stated that both competitors are mega stars and don’t need the tag team titles going into their WrestleMania 37 clash.

“Could not be any further out as it pertains to the tag team title match,” Graves said. “Sasha and Bianca don’t need it. Two mega stars, this is one of the matches that is simple. Just let it be! It’s fine, Sasha Banks arguably the best female performer in the world right now, Bianca Belair is not there yet, but guess what? You know what will put her a hell of a lot closer? A win at WrestleMania.“I’m here, I’m curious, I’m a fan, I just want to watch that happen, let it unfold. The more you muddy the waters, the less I wanna drink it.”

We will have to see whether Bianca Belair will be able to defeat Sasha Banks at WrestleMania 37.