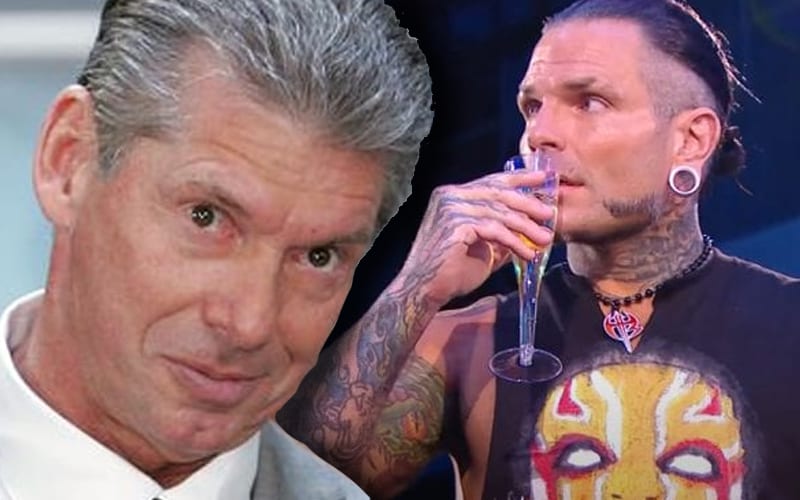 Jeff Hardy’s career has been full of ups and downs. He experienced a pretty big pitfall due to substance abuse, and WWE wanted him to get a handle on things. He didn’t want to go to rehab, and that forced them to release him.

Hardy eventually returned to WWE where he still is today, clean and sober. Those demons are still around, but he is battling them every day.

Grilling JR gave Jim Ross a chance to discuss that time in Jeff Hardy’s career where they wanted him to go to rehab, but he said “no.” This led to his ultimate release from the company.

“But he said I’m not going to rehab. I said ‘Is that your final answer, do you want to think about this and get back to me later today?’ [Jeff responded,] ‘Nope, I’m not going.’ Alright, then you’re basically telling me you’re done because we can’t continue this way, it’s not an option. He was wrecking corvettes and missing death multiple times. He was so well liked there, Jeff is such a lovable guy and I’m so happy he’s got that sh*t under control. That’s a blessing for him and his family but he didn’t believe he had a problem.”

Vince McMahon was shocked upon hearing this news. The company had plans to push the Charismatic Enigma in a big way. Then Hardy decided to reject rehab, giving WWE no choice.

“When I told Vince [McMahon], Vince was incredulous as well,” Ross said. “[He said] ‘You mean he’s going to walk away? He knew we’re going to push him? You know he’s got a great opportunity?’ Apparently he’d rather get high then come to work. Luckily for everyone involved he’s climbed that mountain but man, he was primed. There’s no reason that Jeff Hardy would not be a great WWE Champion. He just wasn’t reliable and how do you put your championship on somebody you don’t have full confidence that they’re going to be okay.”

Hardy’s WWE return eventually saw him become World Champion, a title he would love to hold again. We’ll have to see what is in store for him in WWE now, but it was quit a road getting him to this point.