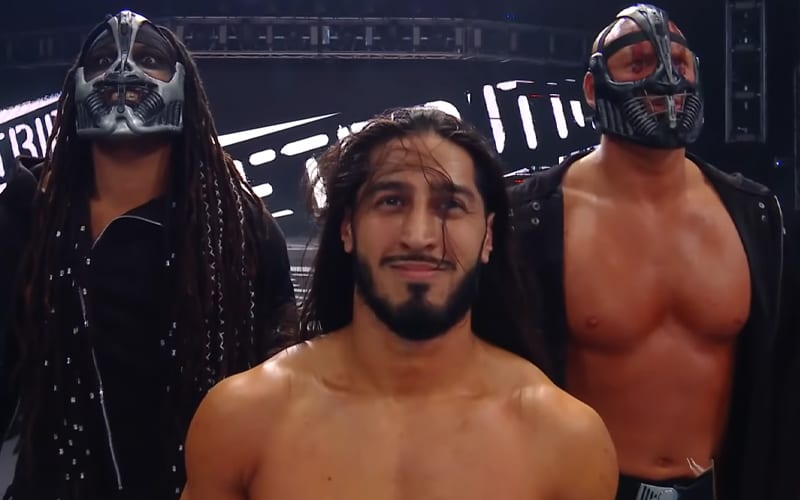 Mustafa Ali is the leader of Retribution, and he takes that role seriously. This is a part he didn’t know he would be playing even when he showed up to work that day.

While speaking to Comicbook, Mustafa Ali revealed that he didn’t know that he would be Retribution’s leader until the say of the event. He had about six hours to prepare for one of the biggest reveals of his career and his heel turn.

I wasn’t around during the formation of the group, so I don’t know. You never know here. They keep secrets for a reason. I found out I was joining Retribution that day, but I had been auditioning, so to speak. Again, man, storytelling, I kind of looked at my career at a snapshot. I made my return. Nothing really happened. I was off for seven months, for no apparent reason to me other than just creative had nothing for me.

When I was initially looking at the mirror, I go, ‘What is wrong with me? Nothing’s wrong with me. Look at me.’ Again, after seven months, you have to eventually have that look in the mirror and go, ‘What am I missing?’ I think the thing I was missing was a little bit of edge. I knew I could cut a great promo. But again, within the confines of being a good guy, you’re very limited as to what you can say.

So I presented the idea of doing something. It wasn’t being the leader of Retribution, it was, I met with Vince McMahon and the creative writing team and said, ‘I think I’m capable of doing more and this is the route I’d like to go.’ And it was basically, ‘Well, you’d have to show us.’

So I recorded my own promos, my own videos. I had to audition basically to not be a good guy anymore. And if you go back and you watch these WWE Main Event matches I was having before joining Retribution, you would see the small details, the storytelling when I was slowly becoming more aggressive, a little bit more violent, having a little bit more of these heelish tendencies in my matches.

Mustafa Ali and Retribution are still going. He is chasing the United States Title, and he won’t rest until he gets another shot at Riddle’s title. We’ll have to see what’s next for Retribution, because anything can start and stop at a moment’s notice in WWE.