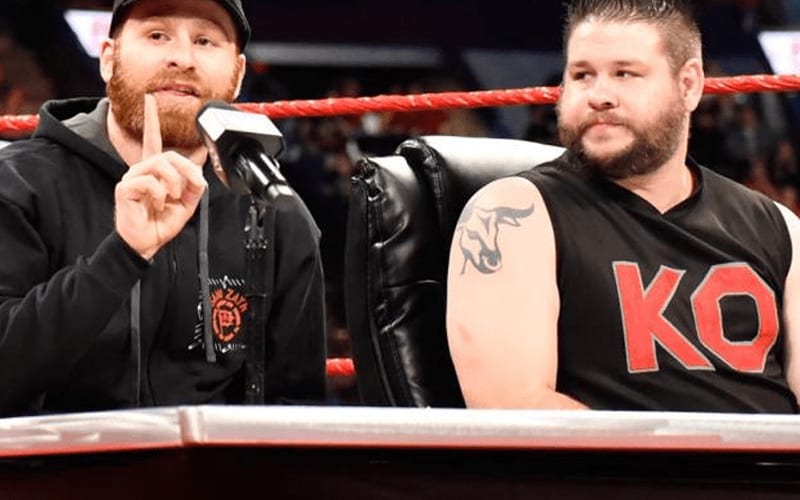 Paul Heyman was executive director of WWE RAW for a while, she he had his own favorites that he wanted to push. Some people call that group “the SmackDown catering crew.” Those people got buried once Heyman was relieved from his position. According to Paul Heyman, this is not why Sami Zayn was buried at all.

During Talking Smack, Paul Heyman told Sami Zayn that it was Kevin Owens who buried him in meetings. Owens allegedly said that Zayn is a “prick” and then the ball got rolling to bury him from there.

“I said ‘no no KO, I don’t wanna bury Sami in meetings.’ He said, ‘no no no, everyone else buries him, you might as well just bury him’ so I did. It was part of a conspiracy because Kevin Owens didn’t like him, he told me that that’s the way he was since he was a kid.”

This is likely a storyline to enrage Sami Zayn. It could also be foreshadowing that we are bound to see Kevin Owens and Sami Zayn wrestle again, further justifying all those “fight forever” chants that they have received during past collisions in the squared circle.