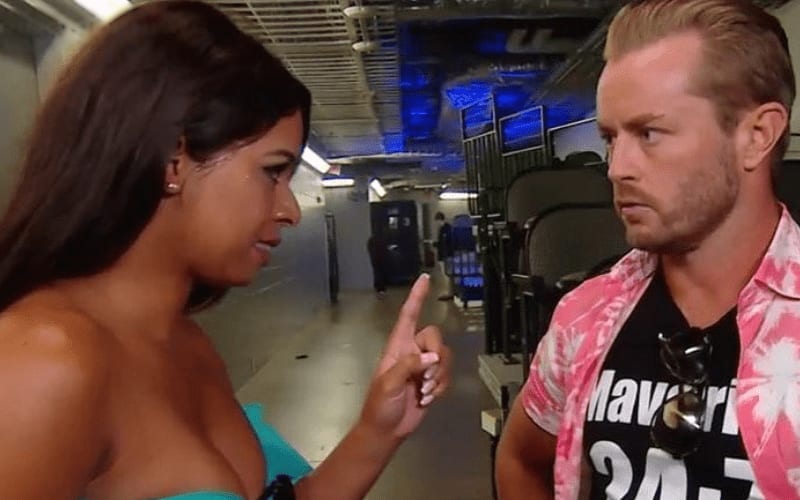 Drake Maverick was release from WWE in April 2020, but he got a contract with NXT in the end. This was a big storyline that had reality behind it. When it comes to his wife Renee Michelle working elsewhere, she says the real world doesn’t hurt her chances.

While speaking to the It’s My House podcast, Michelle was asked if there is any heat on her working for AEW and Impact Wrestling while her husband is with WWE. She explained that it’s just a job at the end of the day and it doesn’t change things for her.

“Honestly, I think a lot of people think there’s some negativity or some backlash because my husband’s with WWE and I have wrestled with WWE, Impact and AEW. There’s none.”

“It wouldn’t matter if you were, let’s just say for a prime example, if I was working for Booz Allen Hamilton, and someone was working for Lockheed Martin. Yeah, we’re married but working for two different competitor companies.”

“It is kind of silly to think that oh there’s going to be some type of huge issue because two married individuals working for the enemies of their company… it’s kind of silly, they’re non-existent. We’re at home, and we’re still acting like everyday normal husband and wives. Its just a job.”

We’ll have to see if Renee Michelle makes her way back to WWE. It seems that she is enjoying all of the opportunities before her right now. AEW and Impact Wrestling have both welcomed her in the last few months. Only time will tell who will offer her a real contract first, but her husband likely won’t have anything to do with it.