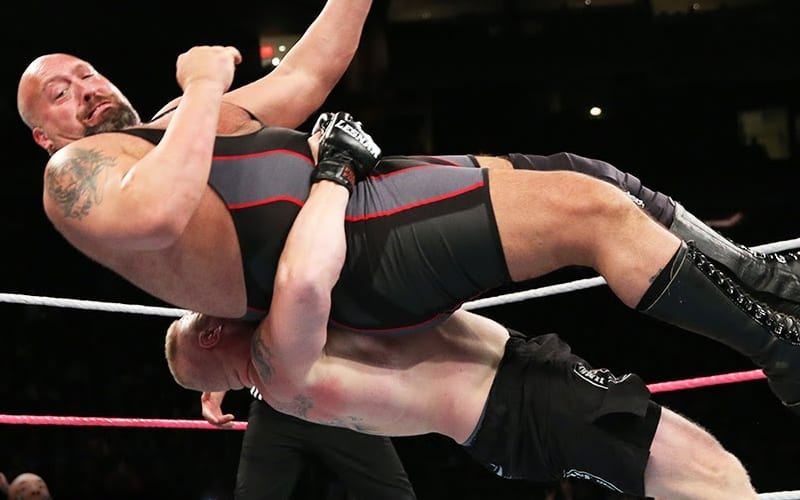 Current AEW Star ‘Big Show’ Paul Wight was one of the mainstays of WWE for over two decades. During the early 2000s, he was engaged in a feud with Brock Lesnar and it seems he had an unfortunate incident during a match.

While speaking on the latest edition of Oral Sessions with Renee Paquette, Paul Wight talked about the time he soiled himself during a match against Brock Lesnar at Cape Town.

After getting hit with an F5, Paul Wight soiled himself in the ring and when Lesnar came to know that fact, he decided to step on Wight’s stomach so that ”more would come out.”

And then while I’m laying in the ring, he keeps stepping on my stomach, like he’s trying to get more to come out. So, he had dumped Paul Heyman in the ring too, right. So the thing was, that was the finish and then I would usually get up, throw Paul over my shoulder, and carry Paul out, that was the end of the night for the heels, we were totally humiliated.

Thankfully, Paul Wight made sure to never let such an incident in the ring happen again. Paul Wight is currently working in AEW and is set to make his commentary debut on AEW Dark: Elevated next week. We will have to see how he performs in his new role.