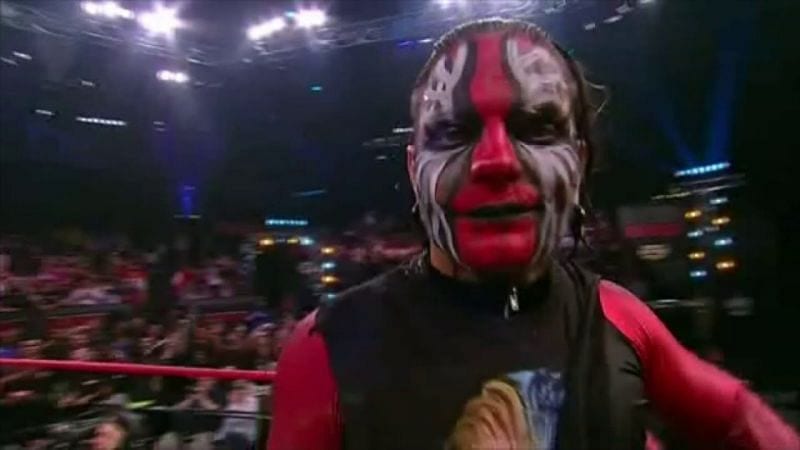 Jeff Hardy was one of the top stars in TNA back in 2011. However, the infamous incident that took place at TNA’s Victory Road pay-per-view in 2011 certainly angered many fans and wrestlers alike.

It was definitely one of the lowest points in Jeff Hardy’s personal and professional life. When Hardy was making his way to the ring, he was clearly intoxicated and could barely walk. He was set to square off against Sting for the TNA World Heavyweight Championship in a No Disqualification match but was in no condition to compete.

While speaking on AdFreeShows, Eric Bischoff said that when he saw the state Hardy was in, Bischoff wanted to go to the ring and knock him out as Easy E was a heel in TNA back then.

Bischoff noted that Jeff Hardy was so wasted that even his 12-year-old daughter could knock him out.

“Now Jeff is making his way to the ring…There were two things that were crossing my mind and they were happening simultaneously. My first instinct, because I was a heel, I thought I might, and this is going to sound like tough guy s**t. By the way, my daughter could have knocked out Jeff Hardy at that point. So, this isn’t bad a**, tough guy, bull s**t. I could have gotten a 12-year-old from ringside to go in and punch Jeff in the mouth and he would have dropped like a rock.”

The Victory Road event was said to have opened his eyes, as stated by Hardy in the part. Thankfully, Jeff Hardy cleaned up his act and made himself better for the sake of his family and his own life.