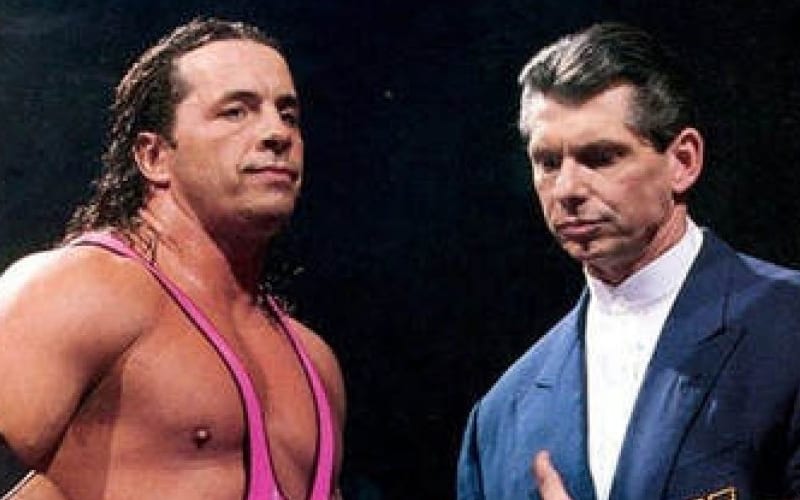 Pro wrestling fans are well aware of the long-standing hatred WWE Hall Of Famer Bret ‘The Hitman’ Hart had for Vince McMahon. Hart was one of the top pro wrestlers in WWE back in the 90s but the company simply couldn’t pay his exorbitant salary anymore.

This led to Bret Hart making his way to WCW, but his run in the company was far from memorable. While speaking on his 83 Weeks podcast, Eric Bischoff discussed how Hart was “miserable” and had disdain for several pro wrestlers in the business and especially Vince McMahon.

“He wanted to kill Vince McMahon when I started working with him. He hated Shawn Michaels, he hated Ric Flair, he hated everybody in WWE – probably not everybody but a lot of people. He was miserable; Vince McMahon was the anti-Christ – until he got to go into the Hall of Fame. Then it’s time to kiss and make up. Then Eric [Bischoff] was the anti-Christ then Hogan was the anti-Christ. He’s so obvious and look to this day I do respect Bret, many aspects of Bret Hart as a performer. I still think in the ring today, and I’ve said this before, I’m not going to change my opinion.

Now Bret Hart and Vince McMahon’s relationship has significantly improved as he went on to become a two-time WWE Hall Of Famer.