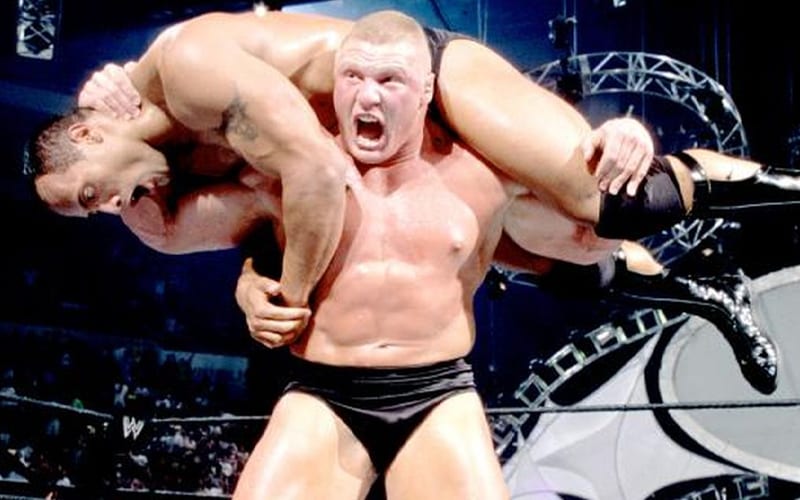 Brock Lesnar has quit WWE a few times throughout his career. The first time he wanted to leave the company came even before he debuted on SmackDown.

During Jim Cornette’s Drive Thru, he explained that Brock Lesnar didn’t want to stick around OVW in 2001. Instead, he wanted to go back to Minnesota. This caused them to let Lesnar go home for a while before finally calling him up to the main roster.

“He just wanted to get out of Louisville [OVW’s headquarters]. He didn’t like training, he didn’t like… Brock doesn’t like anything. He doesn’t like associating with humans, which believe me that’s highly overrated, but I don’t know a lot of people who would associate with Brock.”

“He wanted to get out of Louisville, he didn’t want to train, he just wanted to collect his check at home in Minnesota and work out with Brad Rheingans [Olympic wrestler]. So they sent him home for about six months and then they brought him up to the main roster.”

Fans are still waiting to see when Brock Lesnar shows up again. He is not under WWE contract to the best of our understanding. His merchandise is no longer on WWE’s Shop and he can do as he pleases. That won’t stop Vince McMahon from trying very hard to lock him into a new deal again soon.