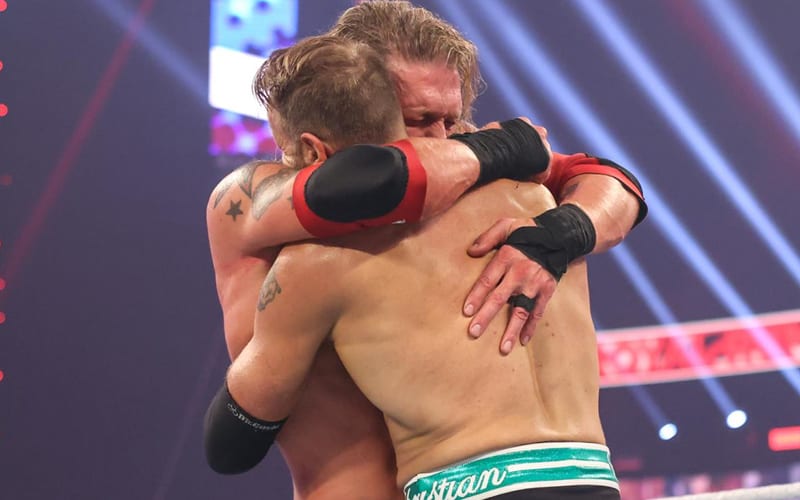 Edge and Christian were one of the most popular tag teams during the Attitude Era in WWE, being famous for trailblazing the TLC matches.

In modern times, The Usos cemented themselves as one of the best tag teams as well. While speaking to Rick Ucchino, Jey Uso was asked about facing Edge and Christian in a tag team match.

Uso noted that he was more than ready to face them with his brother Jimmy Uso. He then indicated that the two teams can square off against each other after WrestleMania 37, where Roman Reigns will beat Edge.

“Hey, Rick. They can get this work too. Just like that best triple threat tag match with the Hardys, the Dudleys, and Edge and Christian. We can mark the box off with them too. They can step up, they can run up and get done up too. It’s whatever. After he goes to WrestleMania, and he get deaded, and he get laid down by Roman Reigns, man, get your tag partner. Go get Christian. Come over here and get this work too.”

We will have to see whether Edge and Christian will reform once again to have one more run as a tag team. Fans certainly would be interested in them facing the Usos, among other teams.