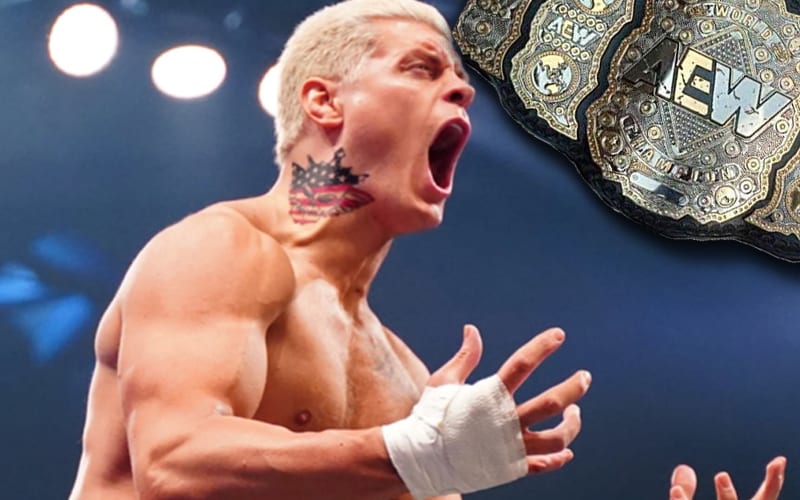 Cody Rhodes will never get to challenge for the AEW World Title again. This was a stipulation in his only shot against Chris Jericho. To go against that word would be a huge heel move, but Rhodes isn’t going there.

Carton & Roberts recently spoke to the American Nightmare about his decision to stay out of the AEW World Title picture. He admitted that it is a bit tempting to go back on his word, because he sees Jon Moxley and Kenny Omega doing great things. He’s still not going against that stipulation.

“Ultimately, that decision will rest on Tony Khan. I’m going to stick to my word. It’s the easiest heel turn in the history of wrestling if I were to break my word, but I love that we are disciplined and conservative and we’re presenting wrestling backward from the big events to every little detail. I don’t want to sound braggadocious or egotistical, but my goal is to never need the World Championship. Yeah, it sucks to watching Kenny Omega or Jon Moxley with the title when I consider myself the 1A of the group, but I gave my word.”