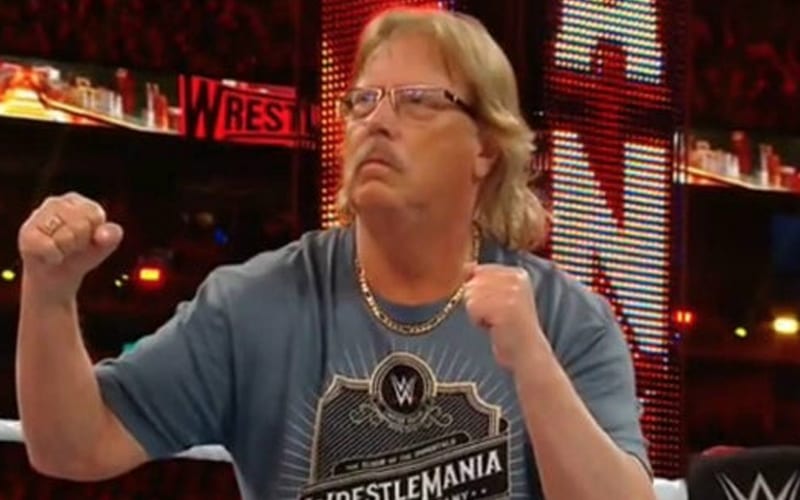 The Miz’s father made headlines with his brief cameo during his son’s WrestleMania 35 match. The A-Lister said that was the worst thing that could have happened for him.

While on Renee Paquette’s Oral Sessions, The Miz spoke about his father. He said that Papa Miz likes to get under his skin by threatening to speak with Vince McMahon about how he should run WWE. After all, the one time he showed up in a WWE ring it became meme-worthy.

The Miz said that added boost of confidence for his father was the last thing that he needed.

“He’s only been in the ring once in his life and it might have been the worst thing that’s ever happened to me, because at WrestleMania I was facing Shane McMahon in a no disqualification, anything goes and my dad got in the ring. I said, ‘Dad, if you get in the ring just put up your hands and fight him,’ and the way he put up his hands it became like a meme because it was like a 1940’s boxer/fighter like ‘Put ’em up, put ’em up!’ It like broke the internet. It was like the number one talked about thing at that WrestleMania.”

We’ll have to see if The Miz’s father gets another shot to perform in the ring. He certainly gained a massive amount of attention during his first appearance. WWE also made up t-shirts for The Miz’s father which was another big moment for him to brag about.