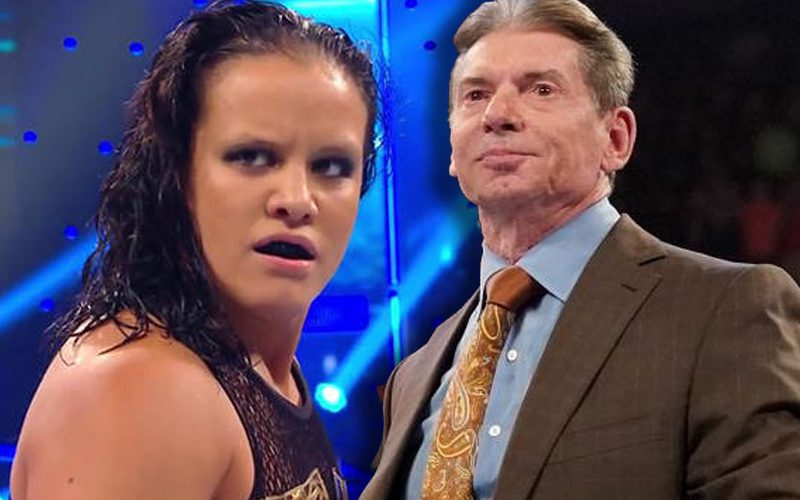 WWE spent some time at the Performance Center for their weekly programming when the pandemic first hit the USA. Those shows were interesting, and they taped multiple episodes of a show on each day of taping. This gave Vince McMahon to ability to make wrestlers re-shoot matches, and he did just that.

While speaking to Oral Sessions with Renee Paquette, Shayna Baszler spoke at length about Vince McMahon. She said that The Chairman told her that he wanted her to work on her workrate. She then revealed a time when a match with Natalya had to be re-shot because McMahon didn’t like their shoot fighting they were trying to do.

“You come in with this image that he’s this unhinged, crazy guy, but he’s always so nice and critiques me really well. He’s never been the way you imagined. You build up this monster in your mind so much. When I first started wrestling on RAW, he gave me a talk that was like, ‘Look, you have something different to offer. You have a unique look. The thing you have to start learning now that you’re on RAW is that your workrate is shown on PPVs, so don’t get so hellbent on weekly RAW TV, because that’s where we build the story for the workrate that you can do on a PPV. You have this thing. I don’t want you to do pro wrestling. Got it.’”

“I have this match and it looks like I’m going off the map and beating someone up. He loved it. The next week I did it again and he loved it. The next week I had a match with Nattie. Nattie is way more experienced at this obviously. Nattie has trained with me in an MMA gym. I said, ‘Let’s just shoot around a little bit and then we’ll get to what we need to get to.’ We do it. He hates it. I went in the back and he said, ‘It looks like you are just fighting each other.’ He makes us do it again. This was when we were doing the stuff at the PC and we were recording some episodes and doing some live. He has us do it again right away. I was flabbergasted. I was still new and didn’t know how stuff is.”

Nattie said, ‘I got you. We’ll do this.’ We go and we do a match that she basically calls to me and it’s a normal match. We go in the back and he loves it. I’m so confused at this point. We did headlock, takeover, dropdown, leapfrog. I don’t understand. I go and I sit outside Vince’s office for a long time. It’s scary and you’re asking the guys outside if he’s in a good mood today. It’s nerve-racking. I go in there and I don’t even know what I wanted out of it. I think it was just to get it off my chest. I said, ‘I know I have what no one else has. I know I can bring a certain legitimacy to this that no other female has. I don’t know how to figure it out week to week yet. Just give me a chance. You’ll never have to worry about me being in shape. If you want me to go out there and wrestle the same match a hundred times, I’ll do it. I’ll figure it out. Just give me time. I’m just letting you know I’m aware I don’t have it. Just give me time. I’ll make you money.’

“He’s like, ‘Can’t wait.’ I think it was finally when I started working with Sasha and Bayley where I think in the ring I stopped trying so hard to impress Vince and just started feeling comfortable in my stuff. It was finally where it started being like, that’s it, and going in the back and he said, ‘You’re getting it.’ So, it has been this big learning curve, but I think feeling that comfort in what I am and not necessarily, and this is leaving out a bunch of Randy Orton being like, ‘Don’t worry about the fans saying it’s boring.’ AJ Styles giving advice and all these guys giving advice, but it’s been a hard balance and it’s something I’m struggling with because I have this old school style, but also I can’t necessarily do it the way they did it back then because it’s wrestling today, so it’s still a juggling process.”

Vince McMahon wants things the way he likes to have them done. It is his company and he calls the shots. Shayna Baszler’s style might have switched up a little bit upon entering the main roster, but she is still more than capable of turning things up when needed.