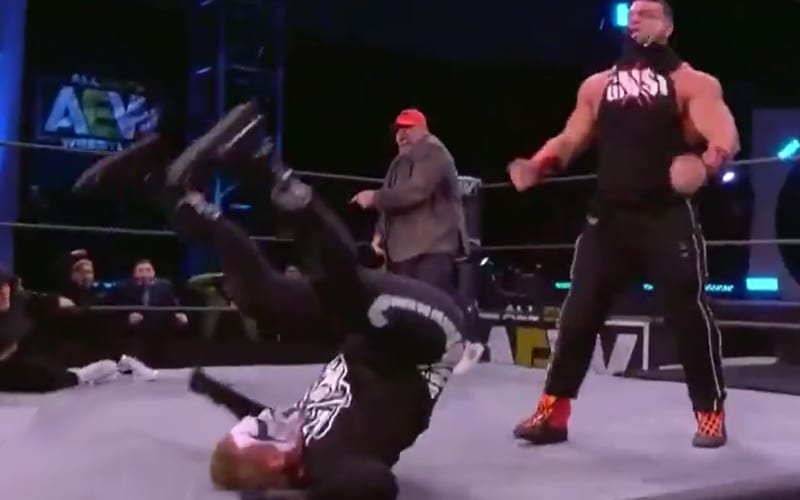 AEW brought in Sting and a lot of fans wondered if the Stinger would get physical in the ring. That finally happened in a big way this week.

During AEW Dynamite this week, Sting came out to confront Taz. The Human Suplex Machine had a lot to say about Sting and his Revolution partner Darby Allin. Sting and Allin will face Brian Cage and Ricky Starks at AEW Revolution on March 7th.

Brian Cage then entered the ring and laid out Sting with a massive powerbomb. This was a real a bump on the 61-year-old WWE Hall of Famer. That bump laid Sting out in a big way. He remained on the mat, selling the move, as the segment went off the air.

The street fight at Revolution is likely to be a cinematic match. There were no clever camera tricks to hide the bump Sting took this week on AEW Dynamite.