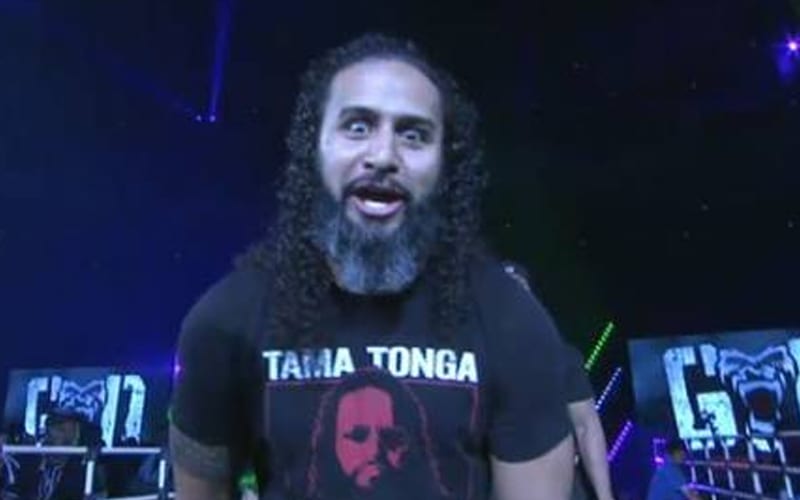 As seen on last week’s episode of AEW Dynamite, NJPW Star KENTA made his shocking appearance at the end of the show and hit the Go 2 Sleep on Jon Moxley.

After the conclusion of the match, Kenny Omega met KENTA outside the ring and proposed a tag team match for this week’s episode of AEW Dynamite. The match featured Omega teaming up with KENTA against Jon Moxley and Lance Archer in a Lights Out tag team match.

The match was made official despite KENTA not saying he was interested. In fact, he told Omega to ‘shut the f*** up’ and that he was not Omega’s friend. Kenny Omega and KENTA ended up winning the match.

It seems Kenny Omega trying to be close to KENTA has not been received well by Bullet Club member Tama Tonga.

While speaking on Tama’s Island, Tama Tonga said that Kenny Omega is simply using KENTA to stay in the spotlight and called Omega a spotlight ‘wh****.’

“KENTA knows the deal. He’s a smart man and loyal man. He’s there for one reason and one reason only; Moxley. He has something that belongs to KENTA and everyone knows that. That’s the only reason he’s there. Lenny [Kenny Omega] is going to use KENTA to stay in the spotlight and tag himself with him against Moxley and Lance Archer. Let Lenny go against Lance by himself and leave KENTA and Moxley alone. No, because Lenny is a damn spotlight whore,

With NJPW’s partnership with AEW finally going underway, we will have to see what is next in store for the two companies.